Multivitamins Don't Work. Here's Why so Many People Still Take Them

Despite evidence against them, multivitamin consumption is still on the rise. Why? 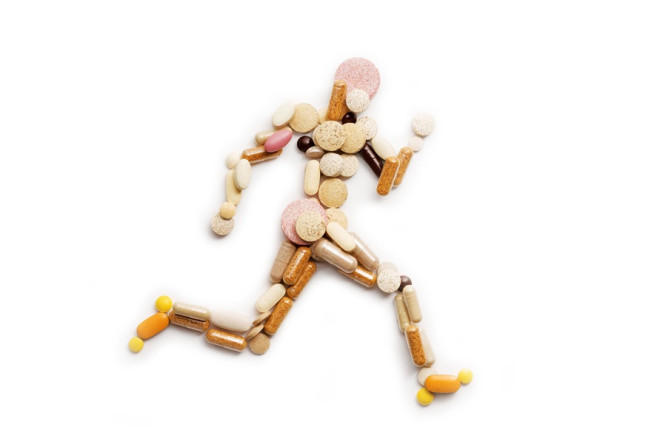 How do they do it? How do science deniers manage to convince themselves that the evidence for global warming, evolution and vaccine safety is so much fake news? For those of us who prefer to remain based in reality, the denialists represent a conundrum. Plenty of them are intelligent and educated — yet they just will not accept scientific findings as true. At least not when it comes to inconvenient truths that mess with their self-interest or self-identity.

Luckily, most science geeks would never deny the settled science in a field where multiple peer-reviewed, placebo-controlled studies find the same thing over and over. They would never be lulled into believing that thousands of scientists have conspired to delude people into accepting a phony consensus.

The answer is revealed in the medicine cabinets of millions of Americans, where you'll certainly find a multivitamin.

Late in 2013, a week before Christmas, the Annals of Internal Medicine published three papers on the role of vitamin and mineral supplements in the prevention of disease or death. The first reviewed three large trials of multivitamins and 24 trials of single or combined vitamins involving over 400,000 people. The conclusion: no convincing evidence that the supplements prevent or delay cancer, heart disease or death.

The second study, a randomized trial following 5,947 men aged 65 or older for 12 years, found no difference in the mental functioning or verbal memory of those who took a multivitamin versus those who took a placebo.

The third compared a high-dose, 28-component multivitamin with placebo in 1,708 men and women who had survived a previous heart attack. After 4.6 years, no difference was seen between the two groups in their subsequent rate of heart attacks or strokes.

An editorial accompanying the three studies noted: “Evidence involving tens of thousands of people randomly assigned in many clinical trials shows that beta-carotene, vitamin E, and possibly high doses of vitamin A supplements increase mortality and that other antioxidants, folic acid and B vitamins, and multivitamin supplements have no clear benefit.”

Of course, all vitamins, by definition, are essential for health in small amounts. And while doctors do sometimes prescribe particular vitamins to treat specific medical conditions, most of us get all we need from food. It’s the widespread belief in vitamin supplements to prevent or treat heart disease, cancer, Alzheimer’s or the common cold that simply does not stand up to scientific scrutiny.

No reliable national polls on the subject have come out since. But a May 2016 report by Nielsen examined sales data from 91,000 grocery, drug, convenience and value stores, analyzing approximately 738,000 individual SKU product codes in 53 categories — in other words, pretty much everything sold in retail outlets. It found that “vitamins and supplements had the largest increase in total store sales over the past two years,” outpacing sales of food and, well, everything else.

By comparison, the proportion of people who deny that global warming is caused by pollution from human activities — who insist it’s simply a result of natural changes in the environment — dropped from 46 percent in 2010 to just 31 percent in 2016, according to Gallup polls.

As for herbal remedies, in 2015 New York’s attorney general, Eric Schneiderman, released results of DNA testing of echinacea, ginseng and St. John’s wort from four national retailers: Target, Walmart, Walgreens and GNC. “Just 21 percent of the test results from store brand herbal supplements verified DNA from the plants listed on the products’ labels,” Schneiderman’s office reported, “with 79 percent coming up empty.” He asked retailers to halt sales of the products.

The next year, Nutrition Business Journal conceded that “intuition would suggest that the New York attorney general’s actions in early 2015 would have hurt sales, but the herbs and botanicals category is one of the strongest categories NBJ tracks.. . . Internet sales in the category grew at an astonishing 19.4 percent.”

“It makes you wonder why people are doing this,” says Eliseo Guallar, the epidemiologist at the Johns Hopkins Bloomberg School of Public Health who wrote the 2013 editorial in the Annals of Internal Medicine. “I wish we had better data about what the thought process is in people’s heads.”

Perhaps — and this is just a wild guess — it’s due in part to the relentless advertising and marketing of supplements. Because of the Dietary Supplement Health and Education Act of 1994, manufacturers of vitamins, herbs and other supplements are not required to prove to the FDA that a product is either safe or effective before selling it. Moreover, they can legally market any product with vague claims such as “maintains immune function,” so long as they don’t specifically say that it actually treats or cures anything.

But advertising isn’t so all-powerful. If it were, those television commercials by the fossil fuel industry would have convinced everyone by now that coal can be “clean.” So why do products like Cold-EEZE and Airborne keep on selling, even after class-action suits and Federal Trade Commission actions alleging that their claims of treating the common cold were unsubstantiated?

Jump ahead four decades, to 2016, and the change is startling: Only 17 percent said they had a “great deal” of confidence in the medical system, and only 22 percent had “quite a lot.” (The two combined dropped by more than half, from a total of 80 percent in 1975 to 39 percent in 2015.) By contrast, the proportion who said they had “some” confidence more than doubled, from 13 percent to 36 percent, while the segment who had “very little” jumped nearly sixfold, to 23 percent.

It’s nothing personal against traditional health care providers. Another Gallup poll, from December 2016, found the highest-rated professions for honesty and ethical standards to be nurses, with 84 percent of people rating them “very high/high,” followed by pharmacists at 67 percent and medical doctors at 65 percent. Health insurers, on the other hand, may be drawing most of the incoming fire against the broader health system. Only 12 percent of respondents in the same poll ranked HMO managers as “very high/high” on ethical standards, compared with 31 percent who rated them “low.”

Whatever the reason, the American public today is more inclined to listen to an industry selling “natural” supplements than to a medical establishment selling boring old science.

It’s All About Identity

Ultimately, beliefs stay in place when they fulfill a need and strengthen people’s sense of identity, of who they are or what they aspire to be.

Dan Kahan, professor of law and psychology at Yale Law School, sees public understanding of science through what he and other researchers call cultural cognition. He has investigated people’s conflicting views on climate change, new technologies and other areas where public perceptions trail scientific consensus.

“Cultural cognition can influence everything from what people believe they have seen with their own eyes to how they perform a mathematical calculation,” he told me. “With the goal of maintaining their status in some affinity group, people are very resourceful when it comes to making arguments. It’s easy to go on the internet to find support for just about anything.”

So liberals take vitamins and other supplements because they love all things “natural” and hate big pharmaceutical companies and private insurers, while corporation-worshipping conservatives take them because they love free markets and hate nanny-state bureaucrats telling them what they can and can’t take for their own health.

And science nerds of all stripes who wonder how anyone can be so ignorant as to deny clear scientific results might try this experiment: Open a bottle of multivitamins, put one in your mouth and swallow the bitter pill of self-recognition.

[This article originally appeared in print as "No Denying It."]