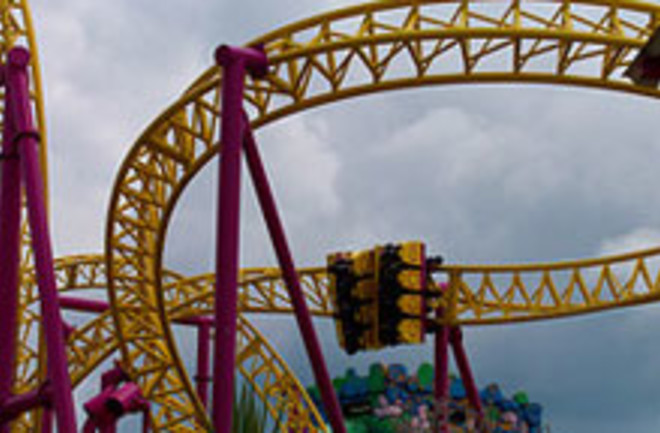 Plenty of people love roller coasters—but few as much as Amy Wolfe, a 33-year-old Pennsylvania woman who plans to marry one. Wolfe is the latest in a series of people who have married inanimate objects, from the Berlin Wall to the Eiffel Tower. This type of sexual behavior has a name: objectum sexual, meaning a person becomes attracted to, and even falls in love with, non-human (or even -animate) objects. According to a perhaps-too-detailed report by The Metro U.K.:

[The woman] enjoys a "satisfying" sexual relationship with a fairground ride - a "magic carpet" themed ride named 1001 Nachts - and now plans to marry it. The 33-year-old rides the machine 300 times a year and uses pictures of it to satisfy herself at home.

Because she lives about 80 miles from the amusement park, the relationship has been long-distance. But even if Wolfe relocates to be closer to "her" ride, we're willing to bet this marriage will have, er, more than its fair share of ups and downs. Related Content: Discoblog: The End of Divorce? Growing Numbers of People Marrying Inanimate Objects Discoblog: Love Potion Number 10: Oxytocin Spray Said to Increase Attraction Discoblog: What Viagra? New Spray Increases Male Performance Time