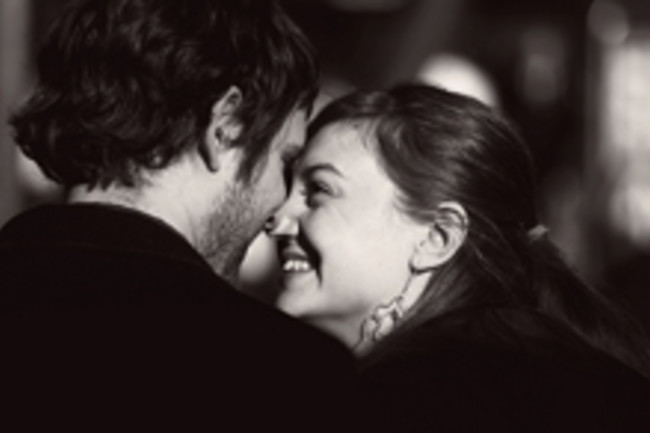 Oxytocin is the brain’s love hormone—without it, we might not ever fall in love or attempt monogamy. We know that the hormone releases "happy" feelings during events from nursing to orgasm, and is the reason why people feel a chemical "bond" with a partner. And now, scientists have found that the hormone can also boost the sex appeal of complete strangers. A University of Bristol study tested 96 men and women in a double-blind test by spraying them with either oxytocin or a plecebo. The subjects were then asked to rate pictures of 48 men and women for attractiveness, and 30 for trustworthiness. Sure enough, the participants that had sniffed the love hormone tended to rate the random people in the pictures as better looking or more trustworthy. Psychologist Angeliki Theodoriduou, who led the study, found that regardless of their gender or mood, the people under the influence of oxytocin were more likely to like the strangers in the pictures. While the researchers didn’t look at why oxytocin has such pull, they reckon the hormone’s effect on the brain is so strong that it suppresses any fearful emotions people would normally feel. Jennifer Bartz, a psychologist at Mount Sinai Medical School, pointed out to ABC that there could also be important sex differences in people’s judgments that the study didn’t examine. This study had both sexes rate pictures of men and women—but do men really rate another man's attractiveness the same way women do? (We doubt it). There’s one company that is already selling this so-called love potion as a “liquid trust” formula. With a 60-day return policy, Vero Labs bottles oxytocin like perfume and promises to help people build "relationships that were never possible before." But before you start spraying yourself with this, you should know that getting a massage or simply eating food can boost oxytocin levels naturally. Related Content: Discoblog: Oxytocin Helps You Remember Faces DISCOVER: Love