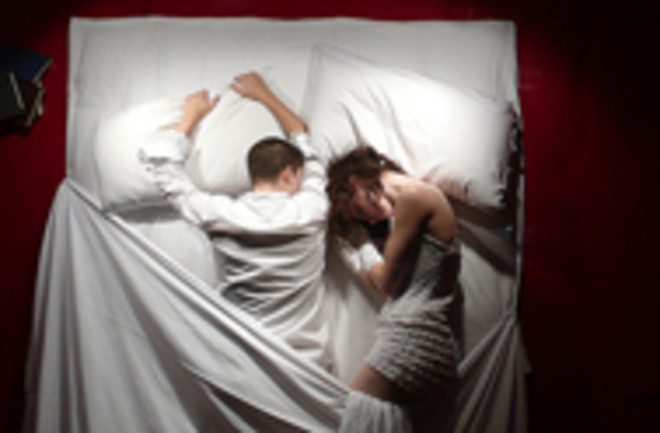 We know that sex typically lasts anywhere from 3 to 13 minutes—though it can be as short as a few seconds. About 40 percent of men suffer from premature ejaculation at some point in their lives—and the usual treatment for it involves counseling and anti-depressants. European researchers at the Royal Victoria Hospital in Belfast developed a spray to treat the problem directly—and they’ve achieved stunning results. Men who used the spray could perform six times longer, upping their time in bed from mere seconds to as long as four minutes.

The love potion is a topical anesthetic called PSD502, made of 7.5 milligrams of lidocaine and 2.5 mg of prilocaine. By "reducing the heightened sensitivity of the glands penis with topical anesthetics," the drug improves performance time without affecting the "sensation of ejaculation."

To test it, the researchers recruited 300 men who had a history of lasting only a minute (or less) in bed.

There weren’t serious side effects other than complaints of occasional loss of erection—for the men, that is. For their partners, there was the little matter of a "burning sensation of the vagina." Which leads to another question: Does the spray make sex at all desirable for the other person?