It's Time for a New Global War on Childhood Disease

Dr. Tachi Yamada on his hopes for medicine and science over the next 30 years 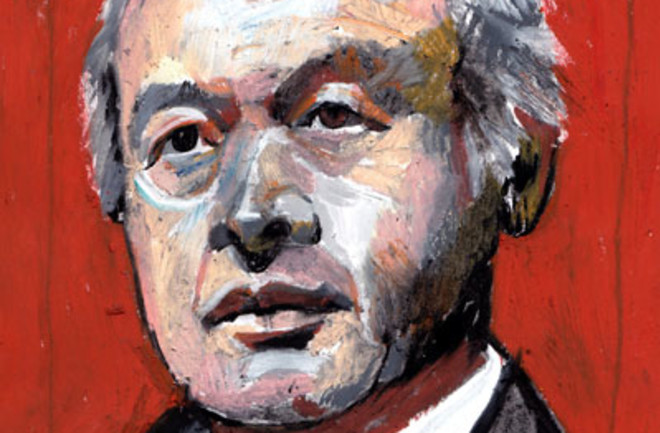 Just a decade ago, nearly 11 million children under the age of 5 died around the world each year. That number is 7.7 million today. I believe vaccines, more than anything else, account for this reduced child mortality. Measles was one of the largest causes of death in children just a few years ago, but there’s been a nearly 80 percent reduction in measles mortality in the last 10 years due to increased vaccination. The proportion of children in the developing world who receive standard vaccines is now bordering on 75 percent. A lot of progress has been made.

But 7.7 million children a year are still dying. That’s an incomprehensible number. And they’re mostly dying of preventable and treatable causes: diarrhea, pneumonia, malnutrition, neonatal sepsis, preterm birth, malaria. Malaria alone kills a million people a year, mostly children in Africa. On one of my first trips to Africa, I visited a subdistrict hospital in southern Mozambique, and in the intake area there was a mother and child. The child was pretty sick with malaria. After my tour, I saw that the child had been admitted to the pediatric ward and was now breathing at a rate of 50 times per minute. The child was dying of malaria but probably also dying of other, undiagnosed problems. The malaria was the last straw.

One of the most effective ways to save children’s lives is through vaccines. My hope for the future is for major new reductions in childhood deaths—they could fall by half by 2025 if we could deliver existing vaccines, malaria treatment, and today’s other lifesaving tools with 90 percent penetration to those at risk.

I don’t believe just because you’re poor you shouldn’t have access to lifesaving technology. And just because something seems complicated and expensive in the United States doesn’t mean it has to be out of reach in developing countries. A great example is the Aravind Eye Institute, started by Govindappa Venkataswamy, an Indian ophthalmologist. When he retired, Venkataswamy decided he was going to do something about the problem of blindness in India, caused primarily by cataracts. He knew in the developed world you can have cataract surgery, but the cost of the lens was around $200, which nobody in India could afford. So he worked with the Seva Foundation to develop a lens that could be purchased for as little as $2. And now they make that lens for over 100 other countries, and the hospital does more than 200,000 cataract surgeries a year.

We’re supporting efforts to deliver lifesaving vaccines to children around the world and to develop affordable new vaccines for malaria, TB, HIV, and other diseases. With HIV, progress has been slow, but we have a glimmer of hope now from the so-called RV144 trial in Thailand, in which an experimental HIV vaccine turned out to be about 30 percent effective. Using an improved regimen consisting of the same components, we’re doing a follow-up to that study.

Tachi Yamada is the president of the Global Health Program at the Bill & Melinda Gates Foundation.Trained as a gastroenterologist, he leads the foundation’s efforts to help develop and deliver low-cost, lifesaving health tools for the developing world.