Is the Five-Second Rule About Dropped Food True? 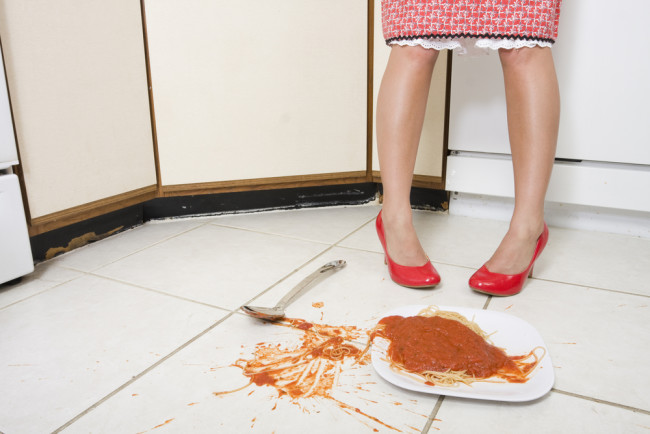 When you drop a piece of food on the floor, is it really OK to eat if you pick up within five seconds? This urban food myth contends that if food spends just a few seconds on the floor, dirt and germs won’t have much of a chance to contaminate it. Research in my lab has focused on how food and food contact surfaces become contaminated, and we’ve done some work on this particular piece of wisdom. While the “five-second rule” might not seem like the most pressing issue for food scientists to get to the bottom of, it’s still worth investigating food myths like this one because they shape our beliefs about when food is safe to eat. So is five seconds on the floor the critical threshold that separates an edible morsel from a case of food poisoning? It’s a bit a more complicated than that. It depends on just how much bacteria can make it from floor to food in a few seconds and just how dirty the floor is.

Wondering if food is still OK to eat after it’s been dropped on the floor (or anywhere else) is a pretty common experience. And it’s probably not a new one either. A well-known, but inaccurate, story about Julia Child may have contributed to this food myth. Some viewers of her cooking show, The French Chef, insist they saw Child drop lamb (or a chicken or a turkey, depending on the version of the tale) on the floor and pick it up, with the advice that if they were alone in the kitchen, their guests would never know. In fact it was a potato pancake, and it fell on the stovetop, not on the floor. Child put it back in the pan, saying “But you can always pick it up and if you are alone in the kitchen, who is going to see?” But the misremembered story persists. It’s harder to pin down the origins of the oft-quoted five-second rule, but a 2003 study reported that 70% of women and 56% of men surveyed were familiar with the five-second rule and that women were more likely than men to eat food that had been dropped on the floor. So what does science tell us about what a few moments on the floor means for the safety of your food?

The earliest research report on the five-second rule is attributed to Jillian Clarke, a high school student participating in a research apprenticeship at the University of Illinois. Clarke and her colleagues inoculated floor tiles with bacteria then placed food on the tiles for varying times. They reported bacteria were transferred from the tile to gummy bears and cookies within five seconds, but didn’t report the specific amount of bacteria that made it from the tile to the food. 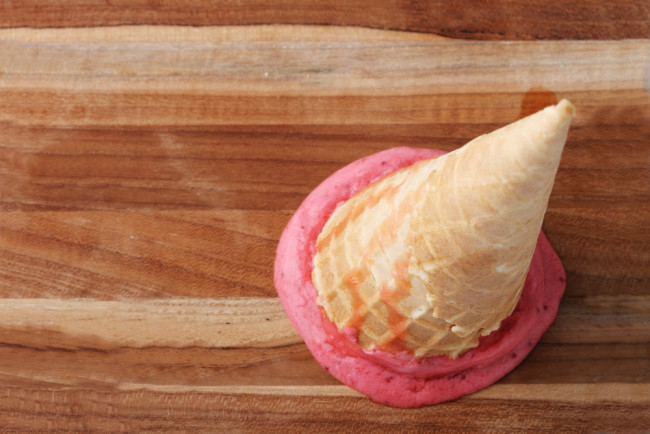 In 2007, my lab at Clemson University published a study – the only peer-reviewed journal paper on this topic – in the Journal of Applied Microbiology. We wanted to know if the length of time food is in contact with a contaminated surface affected the rate of transfer of bacteria to the food. To find out, we inoculated squares of tile, carpet or wood with Salmonella. Five minutes after that, we placed either bologna or bread on the surface for five, 30 or 60 seconds, and then measured the amount of bacteria transferred to the food. We repeated this exact protocol after the bacteria had been on the surface for two, four, eight and 24 hours. We found that the amount of bacteria transferred to either kind of food didn’t depend much on how long the food was in contact with the contaminated surface – whether for a few seconds or for a whole minute. The overall amount of bacteria on the surfacemattered more, and this decreased over time after the initial inoculation. It looks like what’s at issue is less how long your food languishes on the floor and much more how infested with bacteria that patch of floor happens to be. We also found that the kind of surface made a difference as well. Carpets, for instance, seem to be slightly better places to drop your food than wood or tile. When carpet was inoculated with Salmonella, less than 1% of the bacteria were transferred. But when the food was in contact with tile or wood, 48%-70% of bacteria transferred. Last year, a study from from Aston University in the UK used nearly identical parameters to our study and found similar results testing contact times of three and 30 seconds on similar surfaces. They also reported that 87% of people asked either would eat or have eaten food dropped on the floor.

Should You Eat It?

From a food safety standpoint, if you have millions or more cells on a surface, 0.1% is still enough to make you sick. Also, certain types of bacteria are extremely virulent, and it takes only a small amount to make you sick. For example, 10 cells or less of an especially virulent strain of E. coli can cause severe illness and death in people with compromised immune systems. But the chance of these bacteria being on most surfaces is very low. And it’s not just dropping food on the floor that can lead to bacterial contamination. Bacteria are carried by various “media,” which can include raw food, moist surfaces where bacteria has been left, our hands or skin and from coughing or sneezing. Hands, foods and utensils can carry individual bacterial cells, colonies of cells or cells living in communities contained within a protective film that provide protection. These microscopic layers of deposits containing bacteria are known as biofilms and they are found on most surfaces and objects. Biofilm communities can harbor bacteria longer and are very difficult to clean. Bacteria in these communities also have an enhanced resistance to sanitizers and antibiotics compared to bacteria living on their own. So the next time you consider eating dropped food, the odds are in your favor that you can eat that morsel and not get sick. But in the rare chance that there is a microorganism that can make you sick on the exact spot where the food dropped, you can be fairly sure the bug is on the food you are about to put in your mouth. Research (and common sense) tell us that the best thing to do is to keep your hands, utensils and other surfaces clean.

Image by David B Wilson/ Shutterstock