Is Radiation Good For You?

The answer is yes but only in very small doses, says one of the country's most respected toxicologists. If he's right, environmental regulation will never be the same 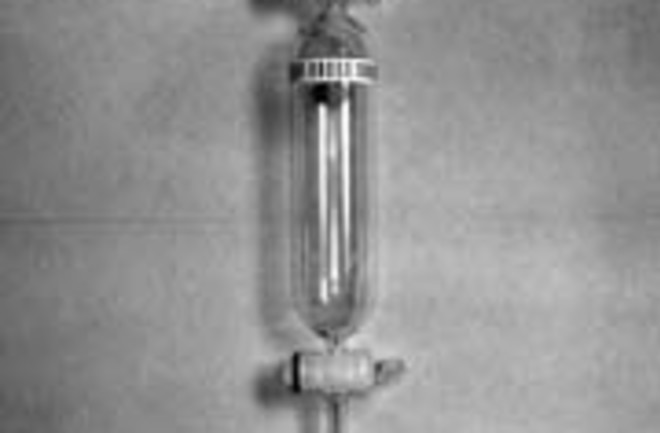 Any idiot should be able to poison a plant. That's what Edward Calabrese thought in 1966 as a junior at Bridgewater State College in Massachusetts. He was in a plant physiology class at the time, and his lab group had been told to dose some peppermint with an herbicide called Phosfon. The idea was to measure how much a given dose stunted the plant's growth, thereby demonstrating a fundamental tenet of biology: The more you poison something, the sicker it gets. In Calabrese's case, though, the lesson backfired. Instead of shriveling, the crop grew green and luxuriant. "Either you treated the plants with the wrong chemical, or you mislabeled them," the professor said. "God forbid, you discovered something new."     When Calabrese next tried to repeat the experiment, the peppermint shriveled as expected. But the professor had been right: Calabrese had discovered something new. When he sprayed the plants with a diluted dose of the poison, as he had done mistakenly the first time, the plants thrived. By every measure—height, weight, root length—they did about 40 percent better than those that did not get Phosfon.      Thirty-six years later, in his office at the University of Massachusetts at Amherst, Calabrese tells the story with matter-of-fact assurance. Slight of build and gray of mop, standing hip deep among stacks of scholarly publications, he hardly looks like a revolutionary. He claims to have a "bland personality," and his owlish glasses and soft-spoken demeanor seem to bear this out. Yet his conclusions are as unflinching as they are controversial. Poisons that injure or kill at high doses can have the opposite effect at low doses, he says, and the paradox holds true for every conceivable measure of health—growth, fertility, life span, and immune and mental function. The effect is known as hormesis, from the Greek word for excite. "The implications," he says, "are enormous."     During the past decade, Calabrese has combed through tens of thousands of studies for examples of the effect, and he has found them in impressive numbers. Worms exposed to excessive heat, rats given a little dioxin, mice and humans exposed to low-level radiation—all have lived longer, in controlled experiments, than they would have without the toxins. Now Calabrese and a small but growing number of researchers worldwide are zeroing in on the biological basis for this effect. "If you really understood the master switch," he says, "it would become very powerful."     It also becomes scary. Using toxins to improve health sounds both irresponsible and suspiciously convenient for polluters. If a little dioxin is good for you, why bother to clean up the Hudson River? If a touch of arsenic can fend off cancer, why lower the allowable amount in drinking water, as the Environmental Protection Agency has urged? "This is one of the major awakenings we are going through," Calabrese says. "We really don't see any exceptions, and that's hard for people to deal with. But I have so much data—this is so overwhelmingly convincing—that I don't think anyone rational could deny that hormesis exists."  If any other researcher had chosen to champion hormesis, the theory might still be languishing in 19th-century medical tomes. What distinguishes Calabrese from a crank—what has earned him the respect of government regulators, scientific collaborators, and thousands of subscribers to his newsletter—is both his method and his background. "He is a mainstream toxicologist," says Donald Barnes, former staff director of the EPA science advisory board. "Everyone knows him. He is not a flake. And everyone respects the work he has done." It's hard to dismiss Calabrese as an apologist for polluters: He spent the better part of his career proving exactly how dangerous pollutants can be.     After those early experiments with peppermint, Calabrese published a paper and then shrugged off his small discovery—a paradox without explanation. When he arrived at Amherst in 1976, he set up a conventional toxicology lab. In the mid-1980s, he began to study carcinogens. The wisdom of the time held that carcinogens could cause cancer only after repeated exposures. Calabrese decided to take a closer look. Moving from the lab to the library, he devoted much of the next 15 years to reviewing 6,000 previous cancer studies. In more than two-thirds of the studies, he found evidence that a class of chemicals known as mutagens could cause cancer with a single exposure.     This was a style of research that would later serve him well with hormesis, and the results were nearly as controversial. Among the mutagens he had studied were food preservatives and other common substances—aflatoxins, for example, produced by molds. "Usually, in the beginning, people thought I was crazy," Calabrese says. "Industry was very upset." But he persevered, and his findings soon filtered into the mainstream. Around 1990 he told the state of Colorado that the EPA's limits for a toxic chemical leaching from an Army waste site were about a hundred times too lenient. After lengthy hearings in 1993, the state agreed. The Army faced an estimated cleanup cost of at least $7 million at that site alone—and it had 21,000 others to worry about.     It was intensely gratifying, Calabrese says, to realize the difference that one researcher's testimony could make. But by then he was already facing an even steeper challenge. In 1985 he had received an innocent-looking flyer in the mail that announced a conference on the stimulating effects of low-dose radiation. It may have mentioned hormesis, which he had never heard of before. He knows only that it sparked a memory. He called Leonard Sagan, an expert on radiation health effects, who was organizing the conference. He told Sagan he had seen a similar effect in peppermint plants 20 years before. "This was a transition for me to a phenomenon," he says, "not just an event."

Edward Calabrese has earned new scientific respect for the theory of hormesis. For too long, he says, the theory was tainted by its similarity to homeopathy. He calls this "guilt by association."

Recently, during a quiet walk around campus, Calabrese's mind flirted with a dangerous question: Where is all this taking him? Hormesis might be a cruel joke—biology's equivalent of cold fusion—but he sees important differences. Cold fusion came out of one lab run by two researchers, and people could not reliably reproduce their results. With hormesis, 99.9 percent of the findings are not Calabrese's own, and they can be reproduced. "I believe that not only is hormesis real," he says, but it's also the most dominant biological effect at low exposures.     It's time for the EPA to develop a new paradigm for setting exposure limits, Calabrese says. Unlike the pollutants Solomon studied, the arsenic in drinking water and the radon gas that seeps into homes are natural toxins. Before advising homeowners and townships to spend fortunes on removing radon and arsenic, Calabrese thinks, the EPA should analyze the actual data on low-level exposures. "If hormesis is real," he says, "you can pretty much throw out what they are doing for risk assessments." If hormesis is the rule, rather than the exception, it should also prompt researchers to change the design of animal studies. Only then can we hope to find the master switch and how to exploit it—to improve the immune system, repair injury, and extend life.     Calabrese has yet to convince most mainstream scientists of that. Last year, for instance, a form of hormesis appeared in physicist Robert Ehrlich's book Nine Crazy Ideas in Science. "The idea of improving one's well-being through the nuclear version of tanning salons may sound patently absurd," Ehrlich wrote. Yet he gave it a rating of just one cuckoo on a scale of zero to four, meaning "probably not true, but who knows?" Such half-mocking reactions frustrate Calabrese, but they also push him toward new research, new evidence, and new surprises. Growth through adversity is his personal hormesis.      "How strange life is—not a straight line," he says. Little events deflected him enormously: a mistake someone made while diluting an herbicide, a flyer received in the mail. But beneath the superficial zigzags, there has always been a straight line: his search for truth. Sometimes, to refresh his sensibilities, Calabrese walks through his backyard, past a swing set his children have outgrown. In the garden, he stoops to his peppermint plants—the very same ones, he explains, from his undergraduate experiments at the state college, propagated all these years through root cuttings. He breaks off a leaf and inhales the essence of peppermint oil.