Electroconvulsive therapy is often portrayed as a barbaric, brain-destroying practice. But many physicians and patients say it’s the “gold standard” for improving — and even saving — the lives of people with difficult-to-treat mental illnesses. 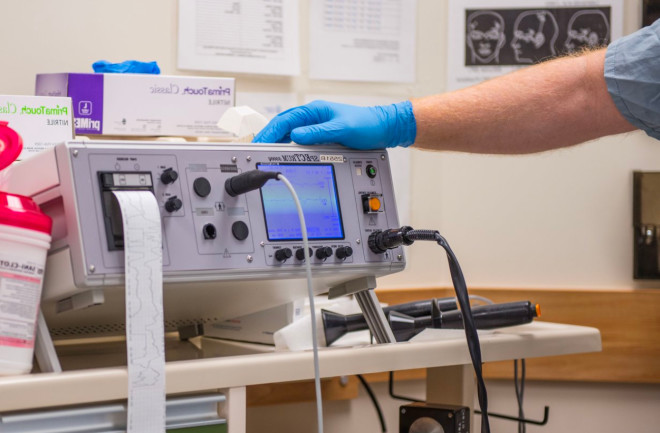 You might know it as electroshock therapy, and you might have learned about it from movies like One Flew Over the Cuckoo’s Nest. It’s sometimes shown as a punishment, or a means of control — right up there with the lobotomy as a medical practice best left in the unenlightened past.

Electroconvulsive therapy, or ECT, has been around for nearly a century. Raheem Suleman, a psychiatrist at the University of Alberta Hospital, recalls first learning about the therapy in medical school; at the time, he too was skeptical of it, due to its age as well as its poor reputation in literature and film.

“It kind of boggled me that a technique invented in the 1930s was still in many ways a gold-standard treatment for psychiatry, and I wasn’t sure how much I bought into that,” he says.

But while ECT can be thoroughly unpleasant to undergo (and not necessarily for the reasons you see in movies), for thousands of people every year it’s a means of treating diseases and conditions that can’t be managed any other way.

During his psychiatry rotation, Suleman himself observed several patients undergoing ECT. “The turnaround that I saw, the improvement, was just amazing,” he says — so amazing, in fact, that it inspired him to begin researching the history and development of brain stimulation therapies.

Meduna, who incorrectly believed that epilepsy and schizophrenia were “opposites” of each other, hypothesized that the seizures associated with epilepsy could create more glial cells and thus cure people of schizophrenia. We now know that there are some flaws in his line of thinking, but Meduna had stumbled upon something promising.

To test his hypothesis, the physician dosed a man with schizophrenia with a seizure-inducing chemical called camphor. This man had been catatonic, unable to speak or move — but after five treatments, he could once again walk, talk and feed himself. (While the experimental treatment ultimately proved helpful, it’s hard to imagine that he consented to it. Medicine doesn’t have a great track record on that front, historically.)

While chemically induced seizures did help some people with psychiatric disorders, the above method was far from perfect: During the few minutes it took for seizures to begin, patients’ hearts raced and they experienced a sense of dread. In an attempt to induce seizures more quickly and thus cut down on that unpleasant waiting period, Italian physicians Ugo Cerletti and Lucio Bini experimented with seizures brought on by electricity.

They began testing with dogs, but eventually moved to human trials. The first person they attempted to treat was a man with schizophrenia, whom they found wandering by a train station; within eleven sessions, he had recovered to the point that he was able to return home to his wife and his job. And with that, electroconvulsive therapy was born.

Physicians in the U.S. adopted ECT in the 1940s, expanding its use to people with other psychiatric conditions like depression and bipolar disorder — and even trying it on people with ulcers and psoriasis. But in its nascent state, ECT still left a lot to be desired.

“The patients were completely awake. I can imagine it was quite painful. People would have broken bones from seizing on the table,” says Suleman. “Nowadays, when someone has ECT, they're given anesthesia so that they're asleep during the procedure. And they're also given what's called a muscle relaxant, so they don't actually shake on the table.”

Importantly, the application of electricity has also changed since then. Today, physicians use much smaller doses, sometimes just targeting one half of the brain. And newer therapeutic methods born of ECT, such as transcranial magnetic stimulation, can focus on even smaller brain regions.

These advances have reduced the side effects felt by patients, but there are still unsolved mysteries about the mechanisms behind the therapy. ​​“If anybody tells you they know exactly why it works, they are lying, because there is very little in psychiatry where we know exactly why it works,” says Alexandra Aaronson, a psychiatrist at Northwestern Medicine and the Hines VA Hospital who is not speaking on behalf of these institutions.

“The theory is,” she continues, “if you can get a bunch of neurons to fire at the same time, that can strengthen the number of synaptic connections between multiple neurons, [and] it can cause dendritic spine growth.” When electric current is applied to the brain, a bunch of neurons fire together. And sure enough, in the post-ECT brain, scientists see widespread growth of synapses and connections.

ECT is commonly described as “hitting the reset button on the brain,” but Aaronson isn’t sure if she buys that. It could instead be that these new neuronal connections enable communication and transmission of chemicals that previously weren’t getting where they needed to go.

While many physicians point to high clinical success rates and low incidences of lasting side effects, Aaronson and Suleman say there’s still a stigma around ECT. “It’s a huge barrier that clinicians have to climb when we talk to patients about it,” he says.

Cami Kaye is one of those patients whose first impression of ECT came from One Flew Over the Cuckoo’s Nest. She then read about the therapy after being diagnosed with treatment-resistant bipolar disorder in her mid-teens. “I had the initial shock reaction of, ‘They still do this?’” she says. But as Kaye’s condition worsened, and it became clear to her parents that she couldn’t safely go off to college, her psychiatrist suggested giving the therapy a try.

She began a course of ECT three times a week, for around eight weeks. “It was a miserable few months,” Kaye says. Muscle relaxants kept her from seizing, but her jaw still clenched and became sore. She had terrible headaches, and the anesthesia made her groggy and nauseous. She also experienced some memory loss around that summer.

“The memory loss tends to be what's called anterograde, meaning it tends to be new memories that are forming during the duration of treatment,” Aaronson explains. “So, you're not going to forget who you are, or forget important aspects of your childhood.”

Alongside these side effects, though, Kaye’s mood began improving within weeks. Friends and extended family were struck by her recovery, even if they didn’t know what caused it, she says: “The phrase every person used was, ‘she has the light behind her eyes again.’”

Of course, not every patient has a positive experience with ECT. While clinical studies have shown that it helps 75 percent of people, that leaves a quarter of people who don’t respond.

And while memory loss associated with ECT is usually limited to memories of the period when the patient is actively undergoing the therapy, there are still reports (especially in the online forums that Kaye helps manage) of patients forgetting members of their family or aspects of their childhood.

Kaye says these reports can frustrate her, especially if they’re not entirely accurate, because she worries they could dissuade people from trying ECT. “The loudest voices rarely represent the majority,” she says. “Most people who just have a positive experience aren't going online to talk about it.”

While she had a net positive experience, Kaye notes that ECT is a massive undertaking — and it’s not a cure-all. But she continues to share her experiences, both to normalize them and to provide a resource for others. ECT is miserable, it’s scary and its history is fraught … but it can save lives.