Nearly a year after people received the first jabs, some scientists predict that mutations will eventually outpace vaccines due to basic evolutionary principles. But new shots and old-fashioned methods could nevertheless help us control the pandemic. 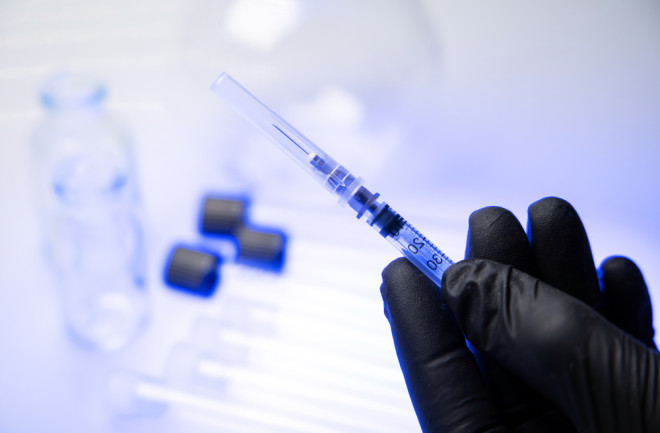 This August, the CDC reported that the highly infectious delta variant may reduce efficacy of Pfizer-BioNTech and Moderna’s mRNA vaccines from roughly 91 to 66 percent. And while the delta variant continues to account for the overwhelming majority of cases in the U.S., some researchers claim that the lambda and mu variants could further dampen vaccine protection from symptomatic and asymptomatic infection. (Those findings, however, largely come from recent preprint studies that haven’t yet received peer review.)

Still, it’s currently unclear when current vaccine formulas will no longer work against certain variants, says Krishna Mallela, a pharmaceutical scientist and structural biologist at the University of Colorado Anschutz Medical Campus who has studied how mutations impact COVID-19 vaccines and treatments. “At this time, the ultimate goal is [understanding] how long these vaccines developed against the wild-type virus will still work for the next variant,” Mallela says. “The other way of putting it is: Can we predict the next variant?”

The current roundup of vaccines still offer considerable protection against severe illness and death, but their shrinking benefits have prompted calls for booster shots and other efforts to curb transmission. And an entirely vaccine-resistant variant may be on the horizon: Last month, Pfizer CEO Albert Bourla said he’s preparing the company for that possibility.

To understand how we got here (and what may come next), it’s important to consider how viruses evolve.

Random mutations in the SARS-CoV-2 virus happen pretty frequently: approximately every 11 to 15 days. They can occur for several reasons, including chance errors in RNA replication.

Similar to how certain traits from ancient humans, like bipedal walking and opposable thumbs, were passed along to much of today’s population, viruses evolve to favor characteristics that aid in their survival — a process known as natural selection. And while most mutations don’t have much of an effect on the virus’ overall structure, the rare ones that strengthen it can produce variants that might evade antibodies generated by vaccines or natural infections, as well as those produced by monoclonal antibodies and convalescent plasma therapies.

Unfortunately, these life-saving tools can play a role in variant emergence. After people receive treatments and vaccines with low enough efficacy, SARS-CoV-2 jumps on the opportunity to multiply within them, says Vaibhav Upadhyay, a postdoctoral fellow at the University of Colorado Anschutz Medical Campus and co-author on Mallela’s recent article. After all, it’s far easier to break into a house with a weak security system.

Mutations can also render the virus more infectious, though the relationship between infectiousness, disease severity and antibody evasion isn’t yet clear. For example, while the beta variant may be the most resistant to vaccination so far, delta is likely far more transmissible. While current infectivity and antibody breakthrough rates have been predicted by scientists like Guowei Wei at Michigan State University, it's uncertain which variants make people sicker.

“With most mutations, we don’t understand how they’re going to affect the [virility],” says Wei, a professor of mathematics and biochemistry. Earlier this month, he published an extensive map of potential vaccine-resistant variants in a preprint study.

To better understand the virus's uncertain future, Wei and other researchers are examining the precise spots in its genome where these mutations are taking place, particularly the places that might boost infectivity and antibody evasion. Mutations often crop up on the virus’s spike protein receptor-binding domain (commonly called RBD), which is targeted by most COVID-19 vaccines and antibody treatments. That’s because the spike protein is a vital tool in generating an infection: On the surface of a human cell, the virus binds its spike protein with the human ACE2 enzyme and “unlocks” it to gain entry. This process first occurs with cells in the nose and throat.

But now, variants appear to be tweaking the protein structure in order to tightly bind with ACE2 and escape neutralizing antibodies, as reported by Mallela and colleagues in a new Journal of Biological Chemistry paper.

Despite all of the unknowns, other RNA viruses like HIV and influenza tend to mutate more quickly than SARS-CoV-2. But its evolution is concerning amid a lack of highly proven treatments and waning vaccine strength. “It’s like a cat-and-mouse game between our immune system and the virus,” Mallela says.

According to recent CDC data, just over half of the U.S. population is fully vaccinated. At this point, it’s far easier for the virus to infect people who haven’t developed antibodies via the shot or recovered from COVID-19, Wei says.

But the situation may change over the next year or so if a higher proportion of people were to acquire antibodies. In that case, antibody-resistant mutations would drive viral evolution. This means the newly available Pfizer booster shots (which aren’t adapted for variants) likely aren’t a permanent solution.

To get ahead of ongoing mutations, scientists are looking into weapons like variant-specific boosters for mRNA jabs, along with new polyvalent vaccines — these protect against multiple strains (variants with distinct structures from the parent virus) at once. But these could take several years, and are highly challenging to produce.

Subunit vaccines may offer a quicker solution. While mRNA jabs instruct the body to create a piece of the spike protein, these commonly contain a purified protein from the virus itself. Past uses of this technology include the hepatitis B vaccine.

Biotechnology company Novavax has incorporated the SARS-CoV-2 spike protein in its new subunit vaccine candidate, which it reports has performed extremely well against variants like alpha. It hopes to offer at least two billion doses in 2022, as announced in early September. “People are trying hard so that we can take care of this pathogen,” Mallela says, “But when we have to convince people to take vaccines and the rate is only around 50 percent, it will be difficult.”

And even with a highly vaccinated population, it’s still important to keep transmission low, says Fyodor Kondrashov, an evolutionary geneticist at the Institute of Science and Technology Austria. His theoretical model published in July suggests that, even in a population with comparatively high vaccination rates, non-pharmaceutical interventions like social distancing, mask-wearing and event cancellations in appropriate contexts can help squash variant growth.

Individual behavior matters, too. When a specific community doesn’t mandate mask-wearing in the grocery store despite a rise in cases, for example, personal choices could prevent others from getting sick while also snuffing out harmful mutations. “Now that we understand the potential for evolution of this virus, I think the key is to try to get into the public consciousness that we’re trying not only to prevent sickness and death, but we’re trying to prevent this thing from evolving,” says Kondrashov.

Update: Guowei Wei’s quote has been changed to reflect that he was referring to the virus’s virility.