Science can explain why it’s so hard to lose weight and keep it off — and the results don’t support dieting. Try these strategies instead. 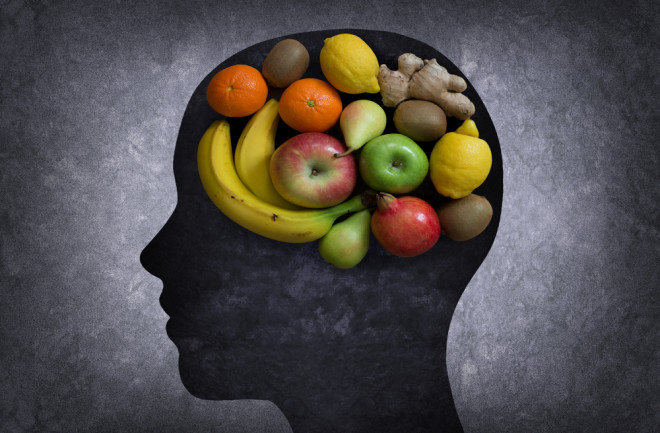 Packing on pounds seems way too easy these days. Working from home has replaced those water-cooler chats — and we eat more when we’re lonely or bored. Plus, those round trips from the computer to the pantry and back probably don’t help much either.

“A lot of us pick and snack way more than we realize we do,” says Debbie Petitpain, a registered dietician and spokesperson for the Academy of Nutrition and Dietetics.

Those few bites here and there can quickly settle on our midlines. And as those of us who’ve tried to lose weight already know, gaining weight is easier than keeping unwanted pounds away for good.

Fortunately, diets are easy to find. We can try keto, dump carbs, go Paleo, or try fasting or grazing to boost weight loss. But picking the program is the easy part. Sticking to a diet is hard because our body reacts to fewer calories by slowing down our metabolisms. Once we’ve been on a diet for a while, our so-called “hunger hormones” start to change. Essentially, levels of hormones that help make us feel full will drop, while hormones that make us feel hungry get a boost.

We can also undercut our own efforts by focusing on a target weight that’s hard to reach and unrealistic for us to maintain. Constant dieting, “isn’t really ideal for living a pleasant life, which will make it harder to keep dieting,” says Traci Mann, a food psychologist at the University of Minnesota and author of Secrets from the Eating Lab.

Is Dieting Effective for Weight Loss?

We always seem to be looking for the next diet, the one that will melt off weight without making us obsess over food in the process. But we don’t need fad diets at all. The answer to weight loss is simple and unchanging. We need to add more fruits and vegetables to our diets, while cutting out (or at least cutting down on) processed convenience foods and sweets. If we only focus on numbers on the scale, we’ll lose sight of what matters most to our overall health: making healthy food choices and making exercise a life-long habit. But don’t be surprised if the weight does fall off when you adopt this mindset.

Even if we manage to lose weight, studies have found that most of us end up regaining the weight within a year. If you need convincing, Petitpain recommends that you stop by Barnes & Noble and take note of the shelf of diet books that extends the length of the building. Then turn around and look at your fellow Americans, most of whom will be overweight. “Somehow, there is a disconnect between the quick fixes offered by diet books, and our abilities to either try them or stick to them,” she says.

Read more: When Dieting, Should We Be Fasting Or Grazing?

We’re hard on ourselves, too, and that doesn’t do us any favors. Once we’ve noticed those extra pounds, we often decide we must lose that weight really fast so we can be healthy again, says Petitpain. But because we have gained that weight over several years, it likely isn’t waving goodbye any time soon. Petitpain says a better approach is taking gradual steps toward healthy choices, such as cutting out processed food, being mindful of portion sizes, and adding physical activity to your routine. And at the end of the day, whether someone is healthy or not goes beyond being fat or thin.

“You can be overweight and physically fit, and disease risk goes down,” Petitpain says. “We know there are people in the normal weight range, but who don’t eat enough fruits and vegetables, and their disease risk goes up.”

Balancing calories in with calories out still matters for dropping pounds, but obsessing about weight can be self-sabotaging. A better approach, says Mann, would be to accept our bodies — but don’t binge eat. Fight weight stigma. Exercise because it’s good for us and eat more veggies.

What Really Works to Lose Weight

If you tried dieting and succeeded for a while before going off course, know that it doesn't mean you're weak. “There’s this idea out there that dieters, or obese people, have worse self-control than everyone else, and that’s just not how it works,” Mann says.

Depriving our bodies of calories wields a powerful force on our biology — and our bodies fight back with a variety of physiological processes designed to hold on to the weight. “Most people wouldn’t even have … the kind of willpower you would need to overcome all of it,” says Mann. “It’s just too much to fight against.”

Resisting food cravings day in and day out is difficult. A better approach is to make tempting food more difficult to grab. If your partner insists on having candy in the house, for example, store those goodies in an opaque container, making them harder to see. When sweets are out of sight, they tend to be out of mind as well.

Or forget about resisting your food cravings altogether and try a strategy Mann calls “veggies first.” This ploy is an easy one to incorporate — think a salad before dinner. Before you eat anything — whether it’s a slice of pizza or a steak — put some vegetables on your plate. Doing this adds nutrition to your diet and it fills you up, making you less likely to overindulge on fattening foods.

Mann and her team tested this idea in a field study held in an elementary school. The researchers aimed to test whether kids would eat more of a vegetable if that was their only choice, or if the same vegetable was served along with other foods. First, the researchers determined what the baseline consumption of carrots was during a typical school lunch, when they were served alongside other foods. Then three months later, the same meal was served, but this time the kids were given carrots before the rest of their meal. The team found that the kids gobbled up more carrots when the vegetable was served alone, before the rest of their food.

The researchers also tested their veggies-first approach on college students and kept track of their carrot and M&M consumption depending on which food was served first. The students ate more carrots when they were served first, and ate less candy as a result.

No Setbacks With These Weight Loss Strategies

What matters in the long run for health are your overall eating habits, says Petitpain. An occasional splurge meal doesn’t negate the healthier choices you’ve made on a day-to-day basis. But know that if wellness is your goal, you do need to make a regular a habit of consuming health-promoting foods, especially those that are minimally processed. They’re easy to find because they’re generally anything you can pick up on the perimeter of the supermarket.

In addition to Mann’s veggies-first plan, another healthful approach involves adding vegetables to every meal and finding creative swaps. Try adding salsa to eggs, spinach to smoothies, sliced mushrooms to burgers, or having veggies and hummus instead of chips.

If you’re making tacos, tortillas can be replaced by a lettuce leaf. Beans make a tasty and high-fiber stand-in for reducing or replacing taco meat. You might not miss cheese and sour cream toppings if you add extra corn, onions and tomatoes.

For dessert, a similar strategy incorporates fruit. Try pears poached in wine sauce or pineapple with frozen vanilla yogurt. Or, if you're looking for a portable snack for kids, bring cups of applesauce and dump in the gummy fruit-flavored snacks. These small changes make a big difference over time, says Petitpain.

With this approach, there’s no need to obsess over dieting or do anything radical, like develop a taste for a vegetable you dislike, or force down more veggies at dinner. If you love carrots or broccoli, simply eat them more often and find creative ways to sneak them in meals.

No matter your weight or fitness goals, remember that wellness is more than a diet and exercise regime. Now more than ever, stress plays a vital role on our overall wellbeing. If stress and anxiety are causing poor sleep, you’ll be too tired to exercise or make the right food decisions.

It can be helpful to take a step back and recognize that living through a traumatic year has likely taken a mental and physical toll. Just view weight loss as one part of an overall plan to get yourself back on track and take small steps to boost your overall health.

“Maybe it’s better to think about the overall journey, rather than being so hyper-focused on achieving an endpoint,” says Petitpain.

Think about how long it took you to gain that weight and be realistic about how quickly those pounds can come off. The American Obesity Society recommends a rate of one-to-two pounds a week, which is sustainable over time, and provides some health benefits. Or find a dietician and get some personalized help.

But whatever you do, don’t start a diet if you’re not emotionally ready to commit. “If you don’t have the bandwidth right now to tackle an aggressive diet, then don’t start one, because it might be worse to try and fail. Focus instead on self-care. Try sleeping better, moving a little bit, eating a little healthier at every meal,” says Petitpain. “These are hard times; you really have to prioritize.”