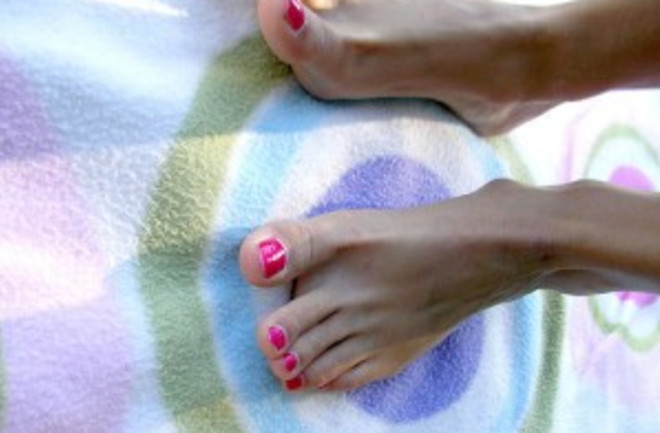 Photo: flickr/mickeysucksWe don’t even need to write an intro here, as this gem of a paper did it better than we ever could: “In general, people are attracted to nice legs and feet. The foot is an erotic symbol, variably appreciated by different people [1]. Erotic thoughts and feelings about feet may become intentionally accentuated by fashion and the wearing of shoes with high heels, providing a position of the foot that resembles its position during (female) orgasm when feet and toes may automatically go into plantar flexion resulting in arching of the foot and curling of the toes [1, 2]. … In society, special attention is paid to the physical relation between foot and pleasant or even sexual feelings by different forms of foot massage. Currently, the association of feet with sexual attraction and eroticism has been explained in terms of psychology and sociology [1]. However, an underlying neurobiological theory of a possible foot–genital relationship has so far not been formulated.” You’re welcome.Foot Orgasm Syndrome: A Case Report in a Woman. “INTRODUCTION: Spontaneous orgasm triggered from inside the foot has so far not been reported in medical literature. AIMS: The study aims to report orgasmic feelings in the left foot of a woman. METHODS: A woman presented with complaints of undesired orgasmic sensations originating in her left foot. In-depth interview, physical examination, sensory testing, magnetic resonance imaging (MRI-scan), electromyography (EMG), transcutaneous electrical nerve stimulation (TENS), and blockade of the left S1 dorsal root ganglion were performed. MAIN OUTCOME MEASURES: The main outcomes are description of this clinical syndrome, results of TENS application, and S1 dorsal root ganglion blockade. RESULTS: Subtle attenuation of sensory amplitudes of the left suralis, and the left medial and lateral plantar nerve tracts was found at EMG. MRI-scan disclosed no foot abnormalities. TENS at the left metatarso-phalangeal joint-III of the left foot elicited an instant orgasmic sensation that radiated from plantar toward the vagina. TENS applied to the left side of the vagina elicited an orgasm that radiated to the left foot. Diagnostic blockade of the left S1 dorsal root ganglion with 0.8 mL bupivacaine 0.25 mg attenuated the frequency and intensity of orgasmic sensation in the left foot with 50% and 80%, respectively. Additional therapeutic blockade of the same ganglion with 0.8 mL bupivacaine 0.50 mg combined with pulsed radiofrequency treatment resulted in a complete disappearance of the foot-induced orgasmic sensations. CONCLUSION: Foot orgasm syndrome (FOS) is descibed in a woman. Blockade of the left S1 dorsal root ganglion alleviated FOS. It is hypothesized that FOS, occurring 1.5 years after an intensive care emergency, was caused by partial nerve regeneration (axonotmesis), after which afferent (C-fiber) information from a small reinnervated skin area of the left foot and afferent somatic and autonomous (visceral) information from the vagina on at least S1 spinal level is misinterpreted by the brain as being solely information originating from the vagina.” Bonus quote from the full text: “Compared with a vaginally/clitorally induced orgasm, this left foot-induced orgasm had the following characteristics: (i) the spontaneously induced foot orgasms occurred in the absence of any sexual desire or sexual arousal; (ii) the vaginally/clitorally induced foot orgasms occurred during sexual desire and sexual arousal; (iii) the occurrence of (spontaneous) foot orgasm is very sudden without any preorgasmic built up or latency time as compared with a normal orgasm experience; (iv) the duration is extremely short, around 5–6 seconds, with a rather abrupt end, uncharacteristic for female orgasm in general; (v) the foot-induced orgasm is perceived unilaterally in the body; (vi) the orgasmic sensations are mainly felt in the left foot, back under the knee and vagina; (vii) there is a daily frequency of about five to six times a day; (viii) although we have not checked or examined it, Mrs A. reported that the foot-induced orgasms are often accompanied by vaginal lubrication and loss of urine.” Related content: NCBI ROFL: A foot needs a nipple like a fish needs a bicycle.NCBI ROFL: Sex differences in relative foot length and perceived attractiveness of female feet.NCBI ROFL: Sexualization of the female foot as a response to sexually transmitted epidemics: a preliminary study.