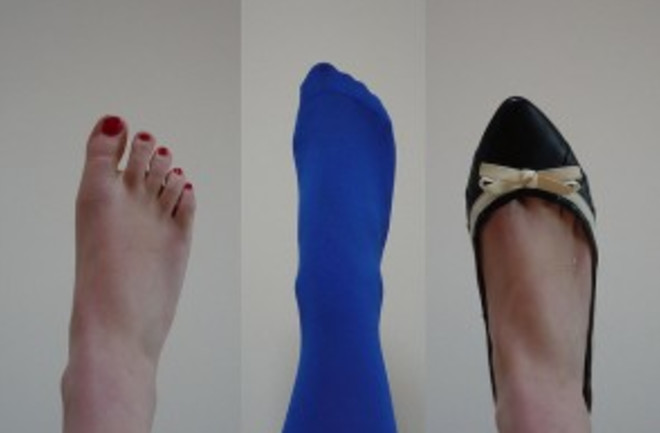 Sex differences in relative foot length and perceived attractiveness of female feet: relationships among anthropometry, physique, and preference ratings. "Foot size proportionate to stature is smaller in women than in men, and small feet apparently contribute to perceived physical attractiveness of females. This exploratory study investigated the sex difference in relative foot length and interrelations among foot length, physique, and foot preference ratings in samples from Austria and Canada, each comprised of 75 men and 75 women. The findings included the following lines of evidence: the sex difference in relative foot length replicated in both data sets; the magnitude of this sex effect was large. Relative foot length was smaller in young, nulliparous, and slim women. Pointed-toe and high-heel shoes were more likely worn by smaller, lighter, and slimmer women. Men reported liking women's feet in general more than vice versa. A vast majority of both men and women favored small feet in women, but large feet in men. One's own foot size appeared to correspond to evaluations of attractiveness; particularly, women with small feet preferred small feet in women in general. The preference for small feet in women was convergent across different methods of evaluating attractiveness. Directions for investigations in this emerging field of research on physical attractiveness are discussed."

Discoblog: NCBI ROFL: Double feature: foot in the door and door in the face techniques.