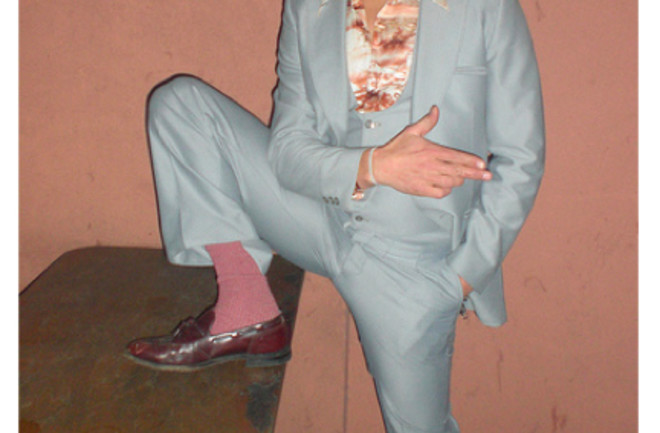 Image: flickr/Whatsername?Birth control is often spoken of as a "women's issue," but it shouldn't be. Men are equally involved in producing a baby, and there are a few male-centric birth control options (i.e., condoms) available. But there's definitely room for new male contraceptives--especially ones that aren't permanent and don't require last-minute application. And that's where the polyester comes in. Apparently, simply wearing a polyester sling around the scrotum can produce sperm-free semen (azoospermia), presumably from the heat (what's sweatier than polyester?) and the electrostatics. The sling must be worn for months before it's effective, and it takes another couple of months to reverse the effects. But hey, a polyester ball cozy sounds better than an unwanted pregnancy to me!Contraceptive efficacy of polyester-induced azoospermia in normal men. “Every 2 weeks, a physician at the Faculty of Medicine at Cairo University in Egypt examined 14 32-47 year old male volunteers wearing a polyester scrotal sling day and night for 12 months to determine if polyester fabrics can act as a contraceptive in men. They changed the sling only when it became dirty. None of the men dropped out of the study. The sling did not cause any complications or reactions. Their partners took an oral contraceptive until 3 sperm samples proved the men to be azoospermic. The men became azoospermic from 120-160 days (mean 139.6 days) after 1st putting on the sling. They remained azoospermic throughout the study. None of the partners became pregnant during the study. All 5 couples who wanted a pregnancy after the study period did indeed conceive. 4 had normal live births and 1 a miscarriage. The volume of their testicles fell greatly from 22.2-18.6 sd ml during the 12 months (p.05), but returned to pretest levels 75-135 days after removal. Further the mean rectal-testicular temperature difference was lower 3 months after wearing the sling than it was before they wore it (1.3-3 degrees Celsius; p.001). 3 months after they stopped wearing the sling, the mean rectal-testicular temperature difference reverted to normal. The polyester in the sling generated greater electrostatic potentials during the day than at night (326-395 volt/sq. cm. vs. 142-188 volt/sq. cm.; p.01). This was a result of the friction between the scrotum and the polyester sling. Germ cells of the seminiferous tubules still exhibited degenerative changes 6 months after removal of the sling. Within 140-170 days after removal, sperm concentration levels returned to pretest levels (40 million/ml). Apparently the electrostatic field effect and the disordered thermoregulatory effect of the polyester sling produced azoospermia. In conclusion, the sling is a safe, acceptable, inexpensive, and reversible method of contraception in men.” Bonus figure from the full text: