While doctors typically recommend a limited range of medications with questionable efficacy, some specialists are embracing less conventional options for their patients. 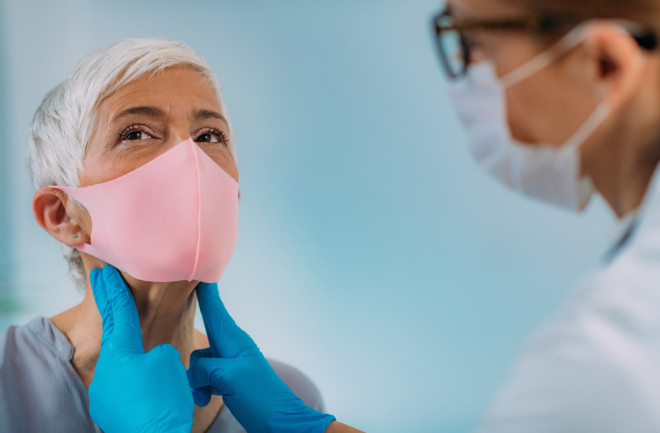 The thyroid is small but powerful and plays an essential role in maintaining our physical and mental wellbeing. This butterfly-shaped gland located below the Adam’s apple secretes and releases hormones that travel to all the cells and organs — and therefore impacts processes like breathing, heart rate, digestion, mood and body temperature.

The two hormones produced by the thyroid are thyroxine, also known as T4, and triiodothyronine, or T3. When the thyroid isn’t working properly, it can wreak serious negative health effects. Up to roughly 30 million Americans are affected by some form of thyroid disease — yet more than half of cases are undiagnosed.

One Size Doesn’t Fit All

A low supply of important thyroid hormones causes a condition called hypothyroid, while too much causes hyperthyroid. Both are sometimes considered a form of autoimmune disease. In fact, autoimmune thyroid disease (AITD) affects between 2 to 5 percent of the world's Western population. This condition often takes the form of Hashimoto’s thyroiditis, which was first identified in 1912 by Japanese doctor, Hakaru Hashimoto.

People with hyperthyroidism usually take a medication called methimazole to lower their hormone levels. Sometimes doctors recommend radioactive iodine treatment or surgery. But when you’re lacking sufficient levels of thyroid hormones, they must be replaced in order to sustain healthy function. There’s a surprising number of options to do so, but most doctors only recommend one: synthetic T4 replacement, which is known as levothyroxine.

This treatment is the predominant approach because it’s recommended by the American Thyroid Association (ATA). Unfortunately, many patients remain dissatisfied: Up to 40 percent of Levothyroxine recipients still experience symptoms of hypothyroid. The medicine can also cause insomnia, irregular heart rhythms and reduced bone density. Yet people often don’t know which alternatives to pursue.

A ‘Normal’ Test Result Can Be Deceiving

The thyroid-stimulating hormone test, or TSH, has always been the gold standard to detect thyroid disease, explains endocrinologist and thyroid expert, Brittany Henderson. (For full disclosure, I've previously collaborated with Henderson on a 2018 book about Hashimoto's.) “This is a useful initial screening tool, but people can have a normal result and still have autoimmune disease," she says. Most patients don’t realize a full panel of tests is available.

What’s even more concerning: Most medical providers are either unaware of these tests, don’t understand the value in ordering them, or don’t know how to interpret them.

Henderson has worked to raise awareness around the limitations of conventional thyroid disease treatments. By the time she sees a patient, they’ve usually consulted several other doctors and spent up to a decade seeking help. “Their symptoms have been dismissed,” she says. If their TSH result is normal, she notes that they’re told nothing is wrong with them. Other times, Henderson observes how patients have been misdiagnosed with depression or anxiety.

Although those conditions can be caused by thyroid issues, they’re not always the underlying issues. Whether it’s diagnosis or treatment, doctors are largely ill-informed when it comes to treating these patients. “What endocrinologists learn in residency and training, and most of the research they’re aware of, is outdated when it comes to thyroid disease treatment,” Henderson says. “They are engrained to follow guidelines, even when those guidelines are 10 to 15 years behind the state of current knowledge.”

You Can Look Beyond Food Myths

A common misconception about thyroid disease: A large range of foods must be eliminated from patients’ diets to ease symptoms. People are often told they need to cut out gluten to reduce inflammation. Unless you have celiac disease, gluten sensitivity, or other gastrointestinal issues such as leaky gut, you may not actually need to avoid it. In fact, eliminating gluten can have pitfalls, including missing out on important nutrients.

People with thyroid disorders are also commonly told they need to avoid cruciferous vegetables like broccoli, cauliflower, spinach and kale. This belief stems from the fact that these foods can be goitrogenic, meaning they can interfere with thyroid function. But they’re actually an important part of a healthy diet, and are beneficial when eaten in moderation.

Nightshade vegetables like tomatoes and eggplants have also gotten a bad rap. It’s been posited that they can increase inflammation in certain autoimmune conditions, but this is not settled science. In her practice, Henderson finds that these healthy veggies are well tolerated in many thyroid patients, while a certain subset of the thyroid population may find them to be an issue. If certain foods may cause discomfort, Henderson suggests an elimination diet or food sensitivity testing.

Balancing one’s thyroid hormones often requires a multi-pronged approach, which may include exploring options beyond T4 treatment. In response to patients' calls for change, The European Thyroid Association (ETA) recommended areas for future research in combination treatment that administers both T4 and T3. Even though the suggestions were made in 2012, none of the promised studies had been published as of 2019.

While countless people have been told they must learn to live with thyroid disease, the treatment landscape is beginning to change. Integrative medical providers and researchers, for example, take a more comprehensive approach to thyroid management. “In reality, most people benefit with combination treatment, some even reverse their disease,” according to Henderson.

After working successfully with thousands of patients, she is trying to change the paradigm of thyroid care. To that end, she co-founded the American College of Thyroidology (ACT). “We want to train providers how to diagnose and treat patients properly — and open communication between conventional and complementary medicine for any provider who touches a thyroid patient,” she says. “Patients can be helped and they can get better.”