FODMAPs are a diverse group of hard-to-digest carbs. Here's how to find out which ones upset your stomach. 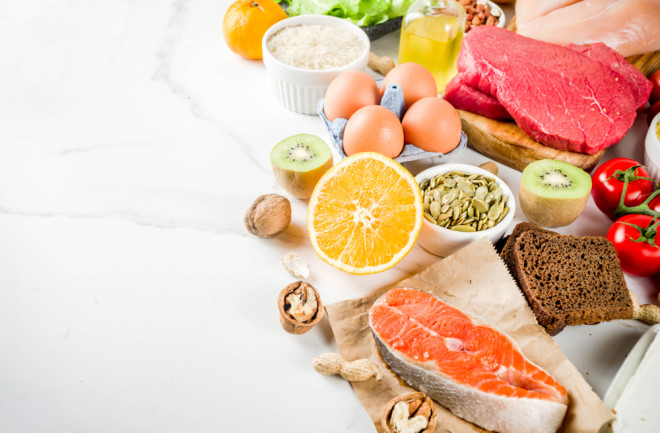 If you’re among the unlucky 11 percent of people currently living with the symptoms of irritable bowel syndrome, you’ve probably wondered if your diet plays a role in when you feel good and when you don’t. (And even if you don’t think you have IBS, there’s a chance you do — it's estimated that only 30 percent of people with the condition actually see their doctors.)

Luckily, there’s a simple way to go about testing yourself for different food sensitivities, and it doesn’t necessarily require setting foot in a doctor’s office. (Though, as with any medical advice you read on the internet: Please talk to your doctor before doing anything dramatic.)

It’s called an elimination diet, and the premise is simple: Eliminate all but the most benign foods from your diet. That means cutting out all the things that make different people sick, from the most famous culprits — dairy and gluten — to more surprising contenders like onions and mushrooms.

If, after a while, you’re feeling better, then it was probably something in your diet that was giving you trouble. Then, to figure out which, you add foods back in, one group at a time, to see what happens. (And if you didn’t feel better, well, then at least you know you tried.)

Here’s a quick run-down of why this works — it’s not just trial and error. (Though, admittedly, it’s a little bit of that, too.)

You’re probably already aware that some people are lactose intolerant, that beans give you gas and that too much fruit can cause diarrhea. But it wasn’t until more recently that scientists began to figure out what these foods have in common when it comes to how they upset people’s stomachs.

It turns out these foods — and lots of others that give people tummy trouble — all have a really pesky carbohydrate in them. These carbs are small molecules, and they’re rapidly fermentable — meaning the bacteria in your gut turn them into CO2. What's important to know is they're carbs that are hard to digest.

There are four main types of carbohydrates that fit this bill: fermentable oligosaccharides, disaccharides, monosaccharides and polyols. They're often called FODMAPs for short.

Now, it’s not that FODMAPs directly cause symptoms in some people and not others, like a true allergy or intolerance. FODMAPs are hard to digest for everyone. But how a body reacts to them varies from person to person. For instance, different people will have different gut microbes that might ferment different foods in different amounts. And when people experience “luminal distension”— medical-speak for your intestines are getting pushed on from the inside out — from gas or other blockages, some will simply feel the pain from it more than others, thanks to differences in their nervous systems.

Some of the worst FODMAP perpetrators in a North American diet are oligosaccharides (the “O”) called fructans. They’re commonly found in foods like onions, garlic, artichokes and wheat. Other high-FODMAP foods include fruits like apples and pears (polyols), veggies like broccoli and peas (oligosaccharides) and dairy products like milk and yogurt (disaccharides).

You don't necessarily need to learn that mangoes are high in fructose (a monosaccharide), beans are high in galactans (an oligosaccharide), and ice cream is high in lactose (a disaccharide). There's an easier step-by-step way to figure out which foods in which groups are going to affect your digestive system — the aforementioned elimination diet.

The first step is the “elimination” phase — sometimes called the “substitution” phase. Cut all the foods that are high in FODMAPs out of your diet, and swap them out for low-FODMAP alternatives. There are a ton of these lists online that can point you in the right direction. Instead of a banana, have some cantaloupe. Have sorbet instead of ice cream. Green beans, not kidney beans. It’s a lot to keep straight and requires some serious meal planning and attention to ingredients, but it’s certainly doable.

Keep this up for two to six weeks — until your symptoms noticeably improve. But don’t keep it up forever, even if you feel better. It’s probably not all the FODMAPs that are giving you grief, and a balanced diet is really important for good nutrition. You need to know if you can eat apples and broccoli, you know?

FODMAP to the Test

So next you’ll want to introduce one FODMAP group back into your diet at a time. For instance, since milk, yogurt, ice cream and ricotta all have lactose as their disaccharide, you can bring those back in all at once. And don’t be timid: You want to be really confident in your “this is fine” or “this food makes me sick” decision!

If your symptoms return, that FODMAP is O-U-T. Wait a few days for your system to recalibrate before trying a new group. And if the FODMAP didn't give you any trouble? Congratulations! But, still, wait a few days before trying the next one, just in case.

Australia's Monash University has a great list of which foods fit into which FODMAP category. It's a good place to get started, but your best bet is to find a doctor or registered dietician to guide you through the process. They'll be able to answer any specific questions you might have and help you design a diet that works best.

In the end, hopefully you’ll have found just one or two FODMAP groups that you can avoid without too much trouble.

If you want to get really precise, you might revisit the foods in your trigger group in different quantities, to see how much you can tolerate before your symptoms show up. For instance, you might identify onion as a trigger — but maybe you can tolerate it enough that you can still dip your fries in ketchup (which always has onion powder in it), you just can't get a slice of raw onion on your cheeseburger. Or maybe you can stomach enough garlic to eat pepperoni on a pizza — but if you eat the leftovers three days in a row, you'll start to feel sick.

The goal is to test everything in increments, so you can confidently learn where your limits are. With that knowledge in hand, you might find yourself with bowels that aren't so ... irritable.