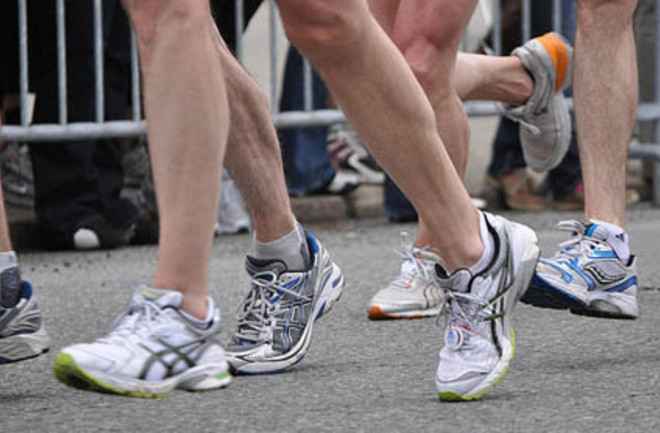 As we slowly slide out of the steroid era in baseball, human growth hormone (HGH) lingers as the next doping trend in major sports. Players like the New York Yankees' Andy Pettitte have been implicated as HGH users already, and teammate Alex Rodriguez in currently one of many players being questioned in a federal investigation into the substance. However, until now there was no hard evidence that athletes gained a competitive edge by taking it. Researchers say a new study changes that.

"This is the first demonstration that growth hormone improves performance and justifies its ban in sport," said Dr. Ken Ho, who led the study [AP].

The new research shows that the gains for athletes cheating with HGH could be staggering—but uneven and fraught with side effects. In the study

published in the Annals of Internal Medicine, researchers divided 96 athletes into groups that received either placebo, HGH, testosterone, or a testosterone/HGH mix:

After eight weeks, researchers found that growth hormone improved sprint capacity in men and women by an average of 3.9% over the placebo group — which would trim 0.4 of a second from a 10-second time in the 100-meter dash, said study lead author Dr. Kenneth Ho at St. Vincent's Hospital in Sydney, Australia. In the 2008 Olympics, the top three male finishers had times of 9.69, 9.89 and 9.91 seconds.

Those would be stunning improvements—enough to vault a competitor from the back of the pack to the front. Participants took their assigned substances for eight weeks. Six weeks after the athletes went off the substances, researchers say that their sprinting advantages regressed back to normal. The findings were mixed, too. While Ho saw that impressive improvement in sprinting capacity, testing the subjects for increased strength or endurance showed now gains in those areas. Thus, the added value of HGH may depend on your sport of choice, he says:

to adopt HGH testing, paid for this study. So it would be nice to see independently-funded researchers replicate the findings. In addition, there's the question of whether sports leagues could even put effective testing in place, because the body naturally produces HGH and testers would be hunting for artificially accelerated levels. There's one more problem with this study: Athletes who use HGH in an attempt to win at all costs probably takes far higher doses than those Ho was willing to give his test subjects. The testosterone/HGH mix in Ho's study was enough to give participant Geoff Webster some unpleasant surprises:

"I actually started to develop breasts which sort of gave me an indication that something might have been happening. I was soaping myself up in the shower, and I thought, 'Hmm, there's something growing where it probably shouldn't be at the moment'" [Australian Broadcasting Corporation].

80beats: Geneticists Are on the Lookout for the First Gene-Doping Athletes

80beats: Can “Biological Passports” Save Sports From Doping?