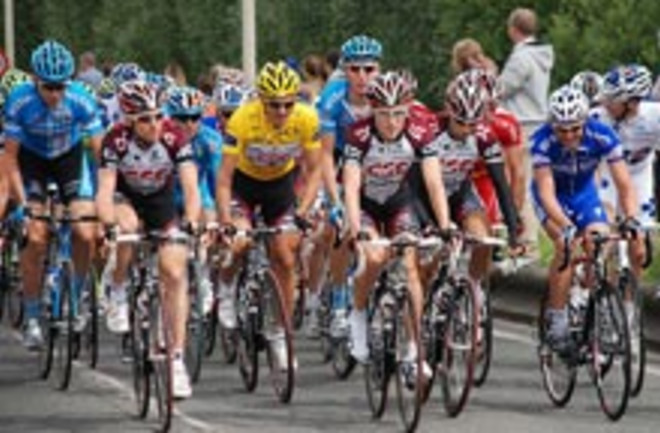 Unscrupulous athletes may soon find it much harder to get away with juicing. Anti-doping agencies are trying out "biological passports," electronic records for individual athletes which provide baseline measurements of substances in their blood and urine. The record is built up over time through repeated sampling, and later tests can look for suspicious changes that may indicate the use of performance enhancing substances.

As cycling has been particularly hammered by allegations of doping athletes, the International Cycling Agency has lead the charge on biological passports. Over a year, it took around 8300 blood samples from 804 cyclists. It recently revealed that a small number of these athletes' profiles are "under further scrutiny" [New Scientist].

Doping has gone far beyond obvious substances like steroids; in recent years athletes have been caught injecting hormones for a competitive edge, and even getting transfusions of their own blood to discreetly boost their red blood cell counts. The biological passport would combat this increasingly sophisticated arsenal of tricks.

Rather than ordinary spot-testing approaches, which look for unnatural ratios between biological constituents in a single sample or for direct chemical evidence of known doping agents, the passport allows investigators to see the big picture—any deviations from the rider's test-established norm that might result from doping, even if the specific drug or tactic remains unknown [Scientific American].

The cycling union has piloted the scheme, and is still trying to determine if evidence produced by the biological passport will be strong enough to stand up in court. The World Anti-Doping Agency (WADA) has been closely watching the experiment, and is currently developing guidelines for a passport system that could be used by any sports federation.

Wada president, John Fahey, said: "Potentially, it could be one of the most significant advances in the global fight against doping in sport." Wada says it has been collecting blood samples for some time now as part of their preparations for the introduction of the Athlete Passport and that further trials will take place at the World Athletics Championships in Berlin this year [BBC News].

The need for the passport system was highlighted by a new study by a leading anti-doping lab that called into the question the effectiveness of testing athletes for high levels of testosterone, a naturally occurring hormone that some athletes inject in synthetic form.

The study, published in the British Journal of Sports Medicine, claims the testosterone test is "not fit for purpose" and should be replaced by a system that tracks a competitor's biological patterns [AP].