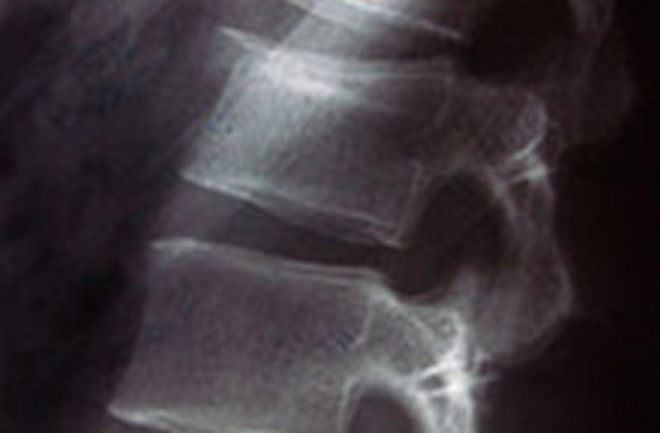 An increasingly common surgical procedure for repairing spinal fractures might not be all it's cracked up to be--in fact, the surgery had the same effect on patient's pain as a placebo, twostudies report in the New England Journal of Medicine. The technique, called vertebroplasty, involves injecting medical cement into a fractured spine bone to strengthen it. More than 38,000 such procedures are done in the United States every year and the number has been [increasing] rapidly, nearly doubling from 2001 to 2005

. But the new studies showed that the procedure alleviated pain about the same amount as a placebo "surgery," in which the physicians tapped on the spine and piped in the smell of cement to make groggy volunteer subjects believe they were receiving the real thing.

36 volunteers who received sham surgery did just as well as 35 who got the real operation. A separate test, of 131 people at 11 medical centers, ... also found that sham surgery produced a comparable degree of pain reduction and movement [Reuters].

As both the real procedure and the decoy surgery provided pain relief among study subjects, it's unlikely that the studies will spell the end of this low-risk procedure, which already is not the first remedy physicians try for treating pain due to a fractured spine. But why investigate the procedure when it's already widely used? Two reasons:

Several studies have found great benefit from the procedure, but none of those were placebo-controlled. Experts also worry that there may be a downside, with the surgery putting patients at higher risk for future fractures [HealthDay News].

Researchers aren't sure exactly why the placebo and the surgery reduced pain by the same amount.

It could be the placebo effect or something as simple as the effect of the novocaine on the bone, breaking the cycle of pain [HealthDay News].

More From Discover
The Sciences
Autopsies on Hold: Why We Need More Medical Examiners
Health
Can Housing Instability and Homelessness Lead to Health Problems?
Health
All the Buzz About Bee Venom (and More)
Health
Medical Mystery: The Pill Is Associated With an Increased Risk of Violent Death
Health
Why 'Smart' Feeding Tubes Can Benefit Patients and the Environment
Health
How Extreme Heat Can Kill
Recommendations From Our Store
My Science ShopDiscover STEM Kits
My Science ShopDiscover 2022 Calendar
My Science ShopStrange Science
My Science ShopElements Flashcards
Shop Now
Stay Curious
Join
Our List