When Surgery Is Over, Anesthetics Actually Increase Pain 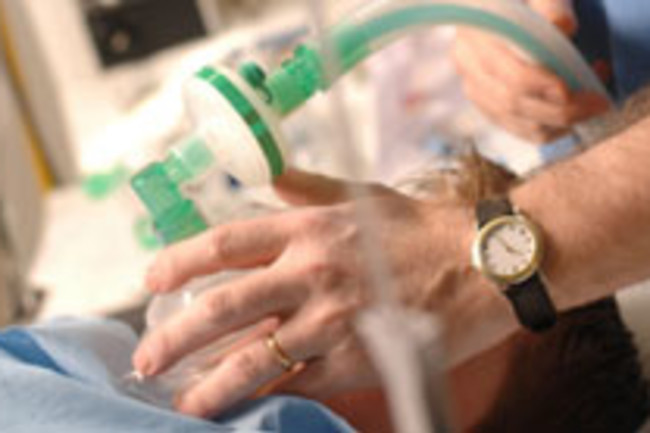 It seems counterintuitive, because anesthetics are supposed to knock out patients and make them numb to all the jolts, jabs, and twinges of surgery. But a new study shows that many anesthetic drugs actually stimulate parts of the nervous system that sense pain, and can lead to increased discomfort after surgery. Surgeons already knew that some knock-out drugs cause a burning sensation at the site of injection or in the lungs if the drug is inhaled, but the new research illuminates the mechanism of that response, and helps explain postoperative pain that was thought to be a result of the surgery exclusively.

"Probably what is most significant for people to know is that this activation of a pain channel actually adds to post-surgery inflammation, so what we didn’t know before was that you could exacerbate swelling of surgery-damaged tissue with general anesthetics," says Georgetown neuroscientist Gerard Ahern, who oversaw the new study [Science News].

But Ahern's team found that the GABA receptors aren’t the only proteins the drug molecules activate. They can also act on receptors that sit on the membranes of the nerve cells responsible for sensing pain. The main target is a channel type called TRPA1, which responds to mustard oil and wasabi among other irritants [Nature News].

To figure out this mechanism, researchers created mice without these pain receptors and injected irritant anesthetics into the noses of both the genetically engineered mice and a control group. The mice that lacked the receptors didn't experience pain, while the control group did. The researchers hope that these results will lead to the development of auxiliary drugs that can prevent the negative side-effects of some general anesthetics. However, some researchers say that it's too early to assume that the results of the mouse study will translate to humans.

Professor Richard Langford, a consultant in anaesthesia and pain management at Bart's and The London NHS Trust, said that while the findings were interesting, there was no guarantee a similar effect would be detected in humans undergoing surgery. "There are a myriad of different factors that combine to produce the experience of pain, including the degree and size of the surgery, and the mood or level of anxiety in the patient" [BBC News].

HealthThree COVID-19 Patients Land in the ER. Here’s How the Virus Damaged Their Hearts
Recommendations From Our Store