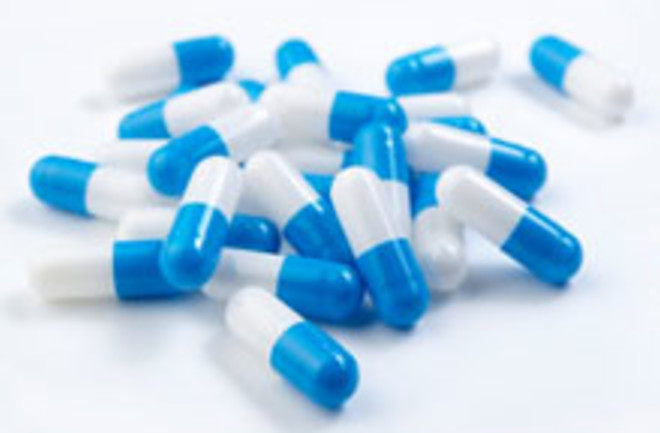 Sure, drugs are too plentiful, prescribed too often, and promoted too heavily. But we're not above saying that taking a pill can sometimes be a great idea. Like this one, from Proteus Biomedical in Redwood City, California: an ingestible microchip [insert Innerspace joke here] that can be added to any capsule or tablet without altering the medicine and performs an EKG when you swallow it. Made of food ingredients (so it's non-toxic, though not necessarily vegetarian-safe), the chip reportedly:

has digestible sensors that are made of food products and are activated by stomach fluids. Once swallowed, the sensors can send a digital signal through the body to a receiver. The receiver date- and time-stamps, decodes, and records information about the drug and the dosage. It also measures and reports heart rate, activity, and respiratory rate.

According to USA Today, the receiver could come in the form of a bandage that transmits data to a cellphone, so caregivers or relatives could get a text letting them know when and what pills their charge has taken—or whether they've taken them at all. Related: DB: Step One in Your Surgery: Swallow the Microscopic Hands RB: Drug Industry 1, Country 0: Big Pharma Can Now Hawk Unapproved Drugs RB: Drugonomics: Cash-Strapped Americans Taking Fewer Prescription MedsImage: iStockPhoto