Step One in Your Surgery: Swallow the Microscopic Hands 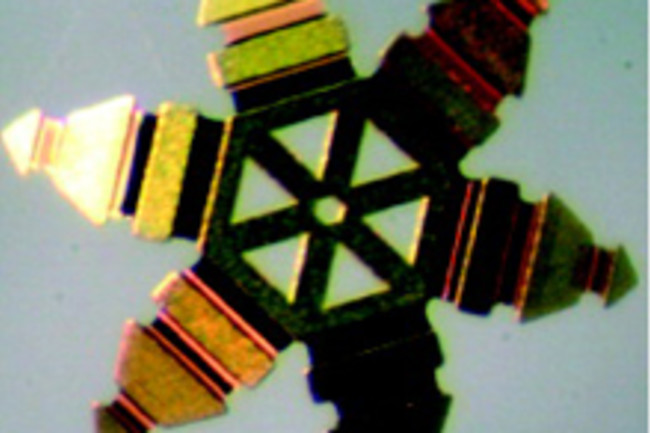 Richard Feynman once said, "A friend of mine (Albert R. Hibbs) suggests a very interesting possibility for relatively small machines. He says that, although it is a very wild idea, it would be interesting in surgery if you could swallow the surgeon." Well, no joking, Mr. Feynman, that very wild idea is close to being reality. Researchers at Johns Hopkins University have engineered microscopic hands, smaller than a grain of sand, that can be directed to grasp tiny objects or even cells in the human body. The "microgrippers" look like tiny six-legged crabs. Six fingers, with three-joints each, extend from a hexagonal palm. They're made out of gold-plated nickel, which means they are biocompatible and can also be moved around by a magnet. Activating the gripping action doesn't required any wires, batteries, or remote controls. Researchers simply add chemicals or increase the temperature to cause a special polymer coating on the microgrippers to degrade, allowing the joints of the fingers to bend and grasp. The researchers have already demonstrated the microgrippers handling tiny metal pipes, picking up glass beads, and even performing a biopsy on a cow bladder [video!]. They're not quite ready for use in humans yet, but surgeons may one day trade in their scalpels for a herd of microgrippers to collect tissues or perform simple operations. Related Content: Discoblog: Today Your Catheter Will Be Inserted By... a Robot DISCOVER: Shrinking the Surgeon DISCOVER: Surgery in CyberspaceImage: American Chemical Society

HealthIs a Patient's Stomach Pain Hours After a Colonoscopy a Sign of Something Serious?