Dry January is more than just a challenge; it can help lay the groundwork for a healthier year. 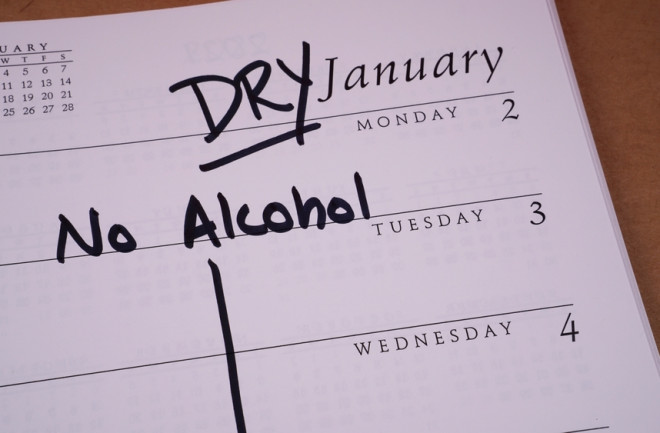 After the champagne bubbles have fizzled down on New Year's Day, many people participate in the sober challenge, "Dry January."

Those choosing to partake for the first month of the year abstain from drinking alcohol. From the overindulgence of the holidays to numerous health benefits — like better sleep and energy increase — there are several reasons people take a step back from drinking during January. Participating in Dry January may be easier for some than others, but there are resources available to help you stay on track and even form healthy drinking habits.

When Did Dry January Start?

The first official Dry January challenge took place a decade ago, in 2013, after a British woman gave up drinking during January as she trained for a half marathon. During this time, she lost weight, had more energy and slept better. After her experience, she joined Alcohol Change U.K., an organization dedicated to preventing harm from alcohol, such as drunk driving, domestic abuse, negligence and physical and mental health issues. Over the past 10 years, Dry January spread and became more popular.

The U.S. alone saw a participant increase from 21 percent in 2021 to 35 percent in 2022, according to CGA — an organization that collects data on the restaurant and bar industry.

There's no way to sugarcoat it; alcohol is not great for your health. Even somewhat minimal drinking can harm your health, including liver disease, heart problems and cancer, and can even cause fatigue. Those who take breaks from drinking, like for Dry January, have an increase in energy, a more positive mood and better sleep. And better yet, the dry month has some long-term positive effects as well.

Data collected from Dry January participants by Richard de Visser of the University of Sussex and Alcohol Change U.K. found that after six months, seven out of 10 people continued to drink less than before. And about 25 percent of the people who were drinking at a "harmful" level were now in the low-risk category.

It's normal to need help when giving a substance up, like alcohol. If you feel like you're struggling, try these tips.

If you're really struggling to give up alcohol and start experiencing symptoms such as nausea, fatigue, headaches and even fever, be sure to seek help from a medical professional.