Binge drinking isn’t the only harmful booze habit. Other forms of heavy drinking come with consequences, too. 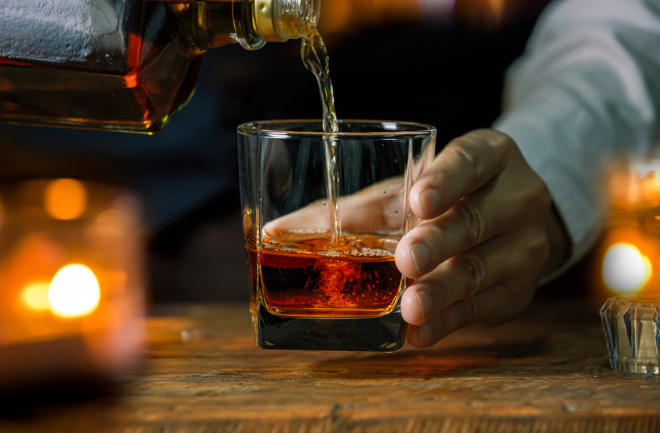 Alcohol consumption in the U.S. surged in 2020. Booze delivery services gained popularity while market reports relayed information about higher sales volumes. Even academic surveys found people were drinking more — one sample representing roughly 1,500 American adults found that on average, three of every four individuals were pouring themselves a drink an extra day every month.

Of course, having a beer one extra day of the month doesn’t necessarily mean someone is drinking too much. But when it comes to self-assessing booze habits, people tend to define the problem in a way that somehow leaves their own habits in good standing, says Patricia E. Molina, the director of the Alcohol and Drug Abuse Center of Excellence at LSU Health Sciences Center New Orleans. “What the lay public tends to do is pay attention or focus on one aspect that is convenient for their definition."

Typically, people use the term binge drinking as a benchmark of whether or not they’ve had one too many. The term refers to booze consumption that brings someone’s blood alcohol content (BAC) to .08g/dl or above — the legal limit for driving in the U.S.

Most men reach that value after having five drinks in two hours, while women typically reach it after having four drinks in the same time span. Binge drinking is the most common and deadly form of excessive drinking in the U.S., according to the CDC, as it’s associated with a wide range of health consequences. Some stem from the impact alcohol has on the body, such as alcohol poisoning, while others are due to the way alcohol disrupts our ability to function, like injuries from car accidents.

But even when people haven't reached excessive BAC levels, it doesn’t exempt them, or others, from harm. “One could make the argument that, okay, if I don't drink that much in two hours, but over a longer period of time, is that okay?” Molina says. “Well, not completely.” Besides binge drinking, the CDC also labels heavy drinking as a risky, harmful behavior, and is a concept Molina thinks should be a larger part of alcohol education campaigns.

Classified as eight or more drinks a week for women and 15 or more a week for men, heavy drinking is less likely to cause short-term issues, like car accidents. But over time, the habit can lead to a range of cancers, liver disease and heart problems, as well as depression and anxiety. So while someone might be able to drive their car after tailgating all Saturday, they may still have put away several drinks over the entire afternoon, Molina says, pushing the limit of what qualifies as a week of heavy drinking.

Ultimately, the fewer drinks someone has, the better. To keep the health consequences of alcohol low, the official USDA dietary guidelines for 2020 to 2025 cap moderate drinking at two drinks a day for men and one drink a day for women. However, the scientific advisory group that helps craft these guidelines has recommended that the cap be one drink a day for everyone.

No Sense of Standard

Even if someone was keeping track of their beer habit and trying to stick to these quantities, a lot of people don’t know or can’t estimate what qualifies as a single drink, Molina says. In the U.S., a standard drink contains 14 grams of alcohol. Since different kinds of drinks have a range of alcohol content, that serving size pans out to be 12 ounces of a 5 percent alcohol beer, five ounces of wine and one and a half ounces of liquor.

These volumes don’t always match what someone might perceive as a single serving, like an oversized can of beer or a restaurant pour of wine, which is often closer to eight ounces, Molina says. Studies have shown that people tend to overestimate what qualifies as a standard drink anyways, and when asked to pour out a single serving, are too generous.

If people drink more than they think they do, then their threshold for what it takes to feel buzzed is likely higher than they thought, too. How people develop alcohol tolerance — where a given number of drinks has less of an effect on their ability to function over time — isn’t well understood by researchers, though there are likely genetic and social influences at work. But increasing tolerance is often associated with alcohol use disorder or alcohol dependence. The more someone drinks, Molina says, the more they need to achieve the relaxation or buzz they’re seeking through alcohol. At the same time, “you increase the risk of falling into a pattern of drinking to avoid negative feelings,” she says.

For anyone curious about the best ways to recalibrate their drinking patterns, Molina recommends Rethinking Drinking, a National Institute of Health resource that spells out serving sizes, how those compare to what standard drink containers hold, and what different drinking habits look like.

More From Discover
Mind
How Your Brain’s “Fingerprints” Could Diagnose Disease
Health
Decorate For the Holidays Early and it Might Improve Your Mood
Mind
What Is Dissociative Identity Disorder?
Health
What You Can Do About Seasonal Depression
Health
Year-Round Daylight Savings Could Threaten Our Sleep and Heart Health
Health
How Ultra-Processed Foods Can Affect Your Mental Health
Recommendations From Our Store
My Science ShopDiscover STEM Kits
My Science ShopDiscover 2022 Calendar
My Science ShopStrange Science
My Science ShopElements Flashcards
Shop Now
Stay Curious
Join
Our List