Three Weeks Before the Olympics Begin, New Questions About Doping 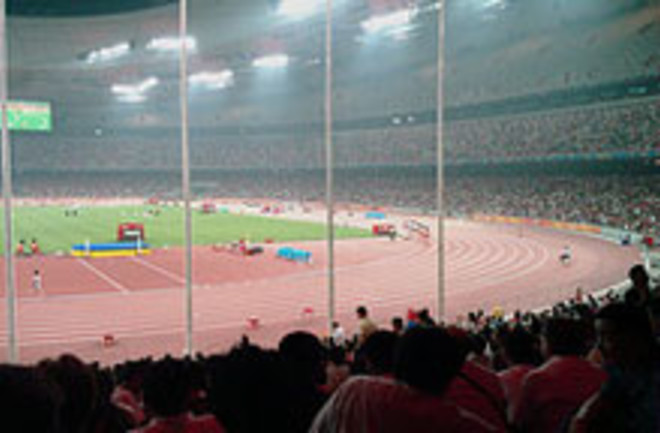 Despite the International Olympic Committee's vow to vigilantly test for performance enhancing drugs at the Summer Olympics in Beijing, some scientists and sports doctors say that athletes are likely to cheat at the games, and get away with it. The focus is on erythropoietin (EPO), a hormone naturally produced by the kidneys which regulates red blood cell production. When extra EPO is injected before a competition, it boosts performance by increasing the amount of red blood cells in an athlete's body; those blood cells then carry more oxygen to the hard-working muscles. Anti-doping agencies regularly test athletes for EPO, but some researchers say the agencies can't develop tests fast enough to keep up with new "copycat" versions of EPO, often produced by pharmaceutical companies in India, Cuba, and China.

These cheap versions of EPO, often called biosimilars, can be easily bought over the internet.... Some scientists who track and monitor the development of copycat EPO drugs say there could be up to 80 different versions now being manufactured in different parts of the world [BBC News].

found that the labs accredited by the World Anti-Doping Agency to test athletes' urine samples are inconsistent at picking up evidence of EPO use.... "It's very sad," said Dr. Carsten Lundby, one of the researchers. "We didn't know whether to publish this study or not, to be honest, because this is also a recipe for athletes who want to cheat" [Chicago Tribune].

The International Olympic Committee has taken umbrage at these publicly voiced doubts, and says that the testing regimen at this year's game will be stricter than ever before. Samples will be taken by armed guard from 41 collection stations to a new doping lab near the main Olympic stadium, where 180 scientists and staff will be on 24-hour duty to analyze the specimens.... Under a newly adopted IOC rule meant to signal a powerful deterrent, any athlete caught doping in Beijing and subsequently suspended for at least six months will be barred from the next Summer Olympics in London in 2012 [AP].