Snoozing the alarm doesn't necessarily mean you'll feel groggy the rest of the day. But it's important to get as much sleep as you can. 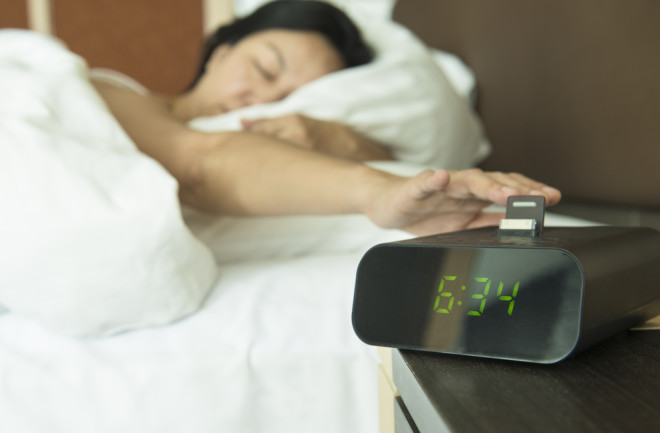 Getting up early in the morning is no easy task for plenty of people. That’s why alarms are important — they ensure that you wake up at your desired time in the morning. However, nobody can deny how tempting it is to try and squeeze in a few more minutes of sleep.

About 57 percent of people snooze in the morning, which is defined as needing multiple alarms to wake up. If you set a single alarm and snooze it repeatedly or set several alarms at regular intervals until the time you absolutely need to get up, you are a snoozer.

Waking up on the first alarm is commonly recommended, but does it really make a difference if you are woken up by one alarm compared to several ones? In a recent Sleep study, researchers examine how snoozing affects an individual’s health and sleep.

Why People Snooze Their Alarm

According to the study, people snooze for a variety of reasons. Most of the participants said that they just can’t get up with only the first alarm. Some say they snooze because they feel comfortable in bed, while others do it because they feel less tired when they do get up.

“I think snoozing might be a sign that people are waking [up] because of important scheduled activities — e.g., school or work — rather than because they have adequately rested,” says Stephen M. Mattingly, a postdoctoral researcher at the University of Notre Dame who was involved in the study.

The participants wore an activity tracker for the study, which allowed the authors to observe that snoozing is generally associated with lighter sleep in the last hour before waking up and a higher resting heart rate across the night.

“Alarms are, by definition, alarming, and invoke a stress response,” says Mattingly.

The study found that snoozing isn’t necessarily associated with decreased sleep duration, increased sleepiness or more naps. This suggests that there might not be much of a difference between waking up on the first alarm or the subsequent ones when it comes to shorter sleep duration or daytime sleepiness. What might matter more is whether you are sleep-deprived in the first place or not.

“I don't like to think of [snoozing] in terms of ‘bad’ or ‘good,’” says Mattingly. “I think the best answer is ‘there may be situations where it's better than alternatives.’ I see snoozing as a possible coping mechanism for not sleeping enough. Thus, ‘good’ is sleeping as much as your body needs.”

The authors recommend further research and gold-standard studies to understand snoozing and its impacts even further.

How to Avoid Grogginess After Snoozing

Snoozing feels good because there is that pleasant feeling of falling back to sleep. However, the brain takes time to wake up and snoozing can interrupt that process, leaving you groggy for hours later, says Daniel A. Barone, associate medical director of the Weill Cornell Center for Sleep Medicine and author of Let's Talk about Sleep.

Read more: What Happens When We Go Without Sleep?

“Feeling refreshed in the morning is all about quality and quantity, so if you don't feel refreshed, it may mean that you need more sleep,” says Barone. “Or it could be that there is a quality problem, in which case, something like sleep apnea could be a culprit.”

He suggests setting an alarm as late as possible and just waking up then, which allows you to get more sleep.

Practicing proper sleep hygiene may also help individuals avoid feeling tired and groggy. Mattingly recommends establishing a comfortable sleeping environment, which includes ensuring the absence of light during sleep, forming regular sleep and wake routines on weekdays and weekends, and having daylight exposure during and after waking up.

“The best advice is to sleep as much as your body needs, which allows the body to avoid grogginess all on its own,” Mattingly adds.