The Importance of Sleep for Your Body

The benefits of sleep go beyond brain health. Your body also depends on a good night’s rest to function properly. 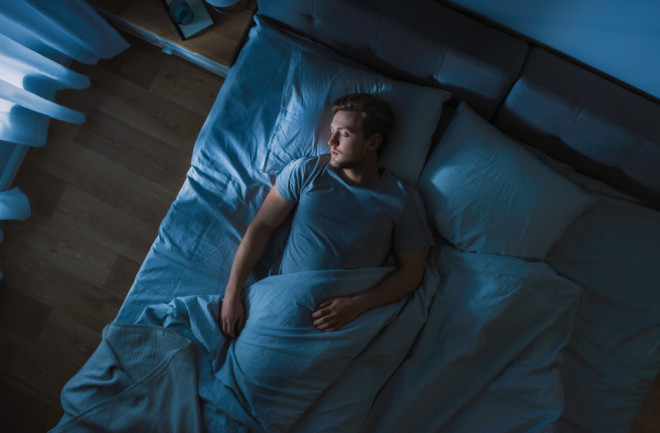 If the nighttime teas and custom pillows didn’t make it obvious, Americans are desperate for quality sleep. Some of the benefits are apparent — feeling more alert and not clawing at a coffee pot all day is appealing. But there are other, more subtle ways quality sleep can do the body good.

Keeping Our Immune Systems in Shape

Some hormones — the molecules moving around our bloodstream to regulate different biological processes — ride our circadian rhythms mostly for the sake of making us sleepy. Others, however, rise and fall with those sleep-wake cycles even though they have different responsibilities, including regulating our immune systems.

For example, cortisol ebbs and flows on a day-and-night pattern. This hormone plays a role in reining in our immune systems and can dampen the boosted blood flow and pain associated with inflammation. Getting too little sleep can throw off the cortisol rhythm and keep high levels of the hormone going for longer.

Other biological processes ramp up the immune system’s line of defense, and it turns out sleep might play a role in those factors, too. In the early 2000s, researchers gave hepatitis A vaccines to two groups of people and let one cohort sleep normally while the others had to stay awake. The well-rested group developed an immune system reaction to the vaccine that was 40 percent higher than the other group — a good thing in this case, because the response indicated the vaccine was working. The researchers concluded that the result had nothing to do with cortisol depressing the immune system response of those who were awake, since the levels of the hormone in their bodies didn’t rise significantly. Instead, other sleep immune factors stepped in for the well-rested participants.

For over a decade, researchers have known that poor sleep — meaning too few hours, a restless night or unusual bedtimes — is associated with weight gain. “What’s interesting is that I don’t think that, as a field, we are really confident about why that is,” says Kendra Krietsch, who studies sleep in teens and adolescents at Cincinnati Children’s Hospital MEdical Center. Krietsch has conducted her own research on how sleep affects teenagers and has synthesized results from a range of other studies, trying to figure out why disrupted sleep causes weight gain in adolescents.

Some popular theories don’t seem to be holding up, Krietsch says. For example, lack of sleep doesn’t appear to reliably boost, lower, or leave alone hormones that regulate hunger or satiety.

Instead, studies indicate that teenagers who don’t sleep as well (or as much) are less physically active and spend more time looking at screens. Researchers aren’t sure why this is the case — in other words, they don’t know if a sleep-deprived teenager spends less time working out just because they’re tired, or if there are other factors at play.

In Krietsch’s experience with patients, she’s found that some sleep problems might stem from how much is asked of teenagers going through a crucial development stage. “It just makes a lot of sense that there’s so many competing demands right now for people and teenagers,” Krietsch says, from learning how to make friends to after-school activities that keep them busy into the evening.

And having a phone perpetually connecting you to work, entertainment and the rest of your life doesn’t exactly spur an early bedtime. Krietsch’s advice to patients? “Don’t keep your phone in your room, because you’re never going to win that battle.”

Teenagers might also struggle to go to bed earlier because it’s truly more difficult for them. Research shows that circadian rhythms during puberty shift a couple hours later, making teens more inclined to fall asleep closer to 11 p.m. If they need a full night of sleep (and they do), this biological adjustment doesn’t fit with school start times, which often require arrival by 7 a.m. “That’s just a very poor mismatch of biology and what we expect of teenagers,” Krietsch says. Some studies have indicated that pushing back the first school bell could lead to better academic performance and alertness for teenagers, and Krietsch says there is new research coming out soon based on a school district that agreed to switch up their schedule.

Yet distinguishing how sleep alone affects the body or mind can be difficult. Research supports the possibility that those who get less sleep have lower-quality diets, Krietsch says. But families that have lower incomes, and perhaps are less likely to afford or have access to more nutritious diets, also may live in noisier neighborhoods or more stressful living conditions that make good sleep difficult.

As challenging as it might be to tease out these different factors, one bright side holds fast: The net influences of sleep and our health are intricately connected. “Health behaviors hang together,” Krietsch says. Improving one habit — such as just sleep — could cause ripple effects of improvement elsewhere in someone’s life.

“The fact of the matter is most people aren’t getting the sleep they need because they’re not going to bed at the right time,” Krietsch says. Following that simple advice might be an easy step to kick off the chain reaction of visible, and invisible, benefits.