Did the Eradication of Smallpox Accidentally Help the Spread of HIV? 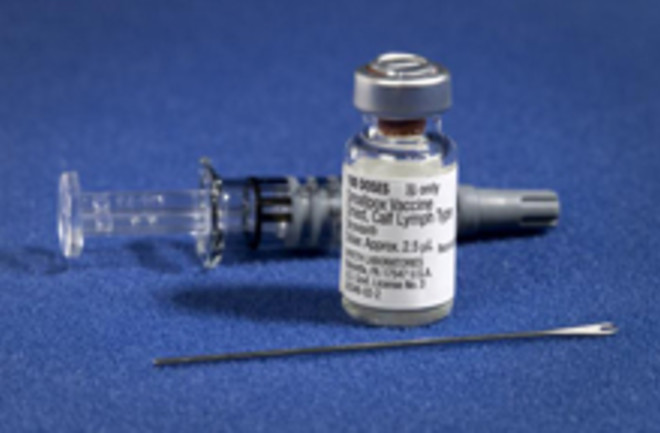 With smallpox largely eradicated around the world, health organizations phased out the smallpox vaccine between the 1950s and 1970s (the last natural case of the disease was seen in 1977, in Somalia). During that span, Raymond Weinstein says, the AIDS crisis broke out in force. And in a study in BMC Immunology, he argues those two events could be connected. Supposing that smallpox vaccination could have some effect on a person's susceptibility to HIV, researchers led by Weinstein tested the idea on cells in a lab. They took immune cells from 10 people recently vaccinated against smallpox and 10 people never vaccinated. HIV, they found, was five times less successful at replicating with the cells of vaccinated people. Why?

The researchers believe vaccination may offer some protection against HIV by producing long-term alterations in the immune system, possibly including the expression of a receptor called CCR5 on the surface of white blood cells, which is exploited by the smallpox virus and HIV [BBC News].

Any finding that expands knowledge of how HIV replicates could be an important one. And while this small study can't prove Weinstein's assertion is correct, the argument is, at the very least, plausible. Says Weinstein:

"There have been several proposed explanations for the rapid spread of HIV in Africa, including wars, the reuse of unsterilised needles and the contamination of early batches of polio vaccine. However, all of these have been either disproved or do not sufficiently explain the behaviour of the HIV pandemic" [Press Association].

DISCOVER: Killer Pox in the Congo