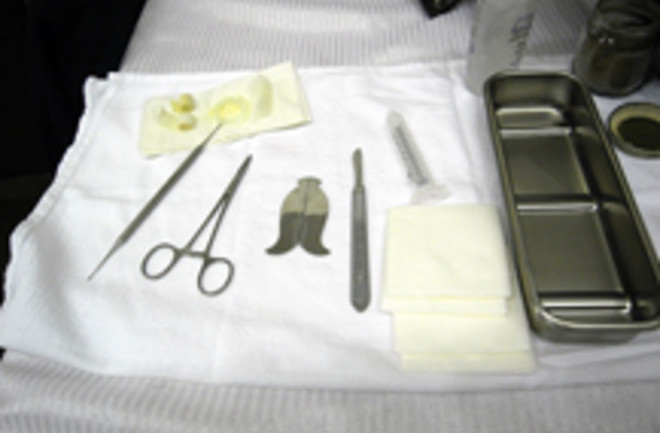 In an effort to stop the spread of HIV, public health officials are considering initiating a program that would encourage circumcision for all newborn boys in the United States. Studies have shown that heterosexual adult men reduce their risk of HIV by 50 percent by being circumcised.

“We have a significant H.I.V. epidemic in this country, and we really need to look carefully at any potential intervention that could be another tool in the toolbox we use to address the epidemic.... What we’ve heard from our consultants is that there would be a benefit for infants from infant circumcision, and that the benefits outweigh the risks" [The New York Times]

, says CDC epidemiologist Peter Kilmarx. On the other hand, circumcision has not been shown to reduce HIV risk among men who have sex with men--the U.S. demographic with the highest risk of contracting the virus. And the American Academy of Pediatrics does not currently endorse routine circumcision, as it doesn't consider the procedure essential to a baby's well-being. Finally, nearly four-fifths of American men are circumcised, so it's not clear whether a policy recommending circumcision would have much impact. Related Content: 80beats: Study: Circumcision of HIV-Positive Men Doesn’t Protect Women 80beats: Male Circumcision Cuts Risk of HIV, Herpes, and HPV Transmission DISCOVER: Male Circumcision: A New Defense Against HIV DISCOVER: Finally! A Nearly Foolproof Circumcision