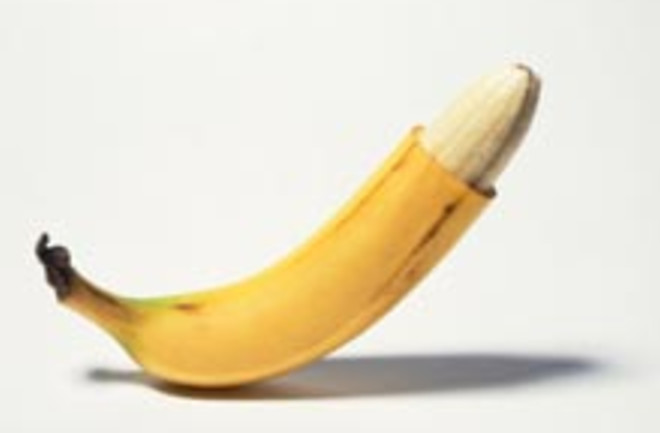 Researchers now have solid evidence that male circumcision protects against three viral sexually transmitted diseases (STDs), and say their findings should encourage parents around the world to circumcise their infant boys. A large study

in Uganda involving 5,534 men found that those who underwent circumcision as adults were 25 percent less likely to become infected with herpes and more than 30 percent less likely to catch human papillomavirus (HPV) than their uncircumcised peers.... Previous research has shown that circumcision reduces a man's risk of acquiring HIV by as much as 60 percent [Scientific American].

Anthony Fauci, director of the National Institute of Allergy and Infectious Disease, says that the area beneath the foreskin of an uncircumcised male

provides the "perfect breeding ground for viruses and bacteria." It can tear and develop sores easily, and if it becomes inflamed, he said, "it gives you much more fertile ground for HIV to be transmitted" [Scientific American]

, as well as the herpes and HPV viruses. However, the study did not show protection against syphilis, a bacterial STD. The results of the study, published in The New England Journal of Medicine, should not be misinterpreted to mean that circumcision alone can prevent STD infections, researchers say.

"It must be emphasized that protection was only partial, and it is critical to promote the practice of safe sex," they wrote [AP].

But any measure of protection is worth pursuing, researchers say. And preventing men from catching (and spreading) the HPV virus has a correlated effect of protecting women, as HPV can cause cervical cancer.

Despite the medical evidence, male circumcision engenders strong feelings based on culture, religion, family custom and personal choice. Less than one-third of adult men worldwide are circumcised, according to estimates from the Joint United Nations Programme on HIV/AIDS. And while circumcision programs are catching on in many parts of Africa, ... establishing the surgery as a public health measure faces obstacles elsewhere. “There’s no doubt India is not going to jump on the bandwagon,” [study coauthor Thomas] Quinn says. “Muslims are circumcised, Hindus are not” [Science News].