Can you be allergic to your own semen? 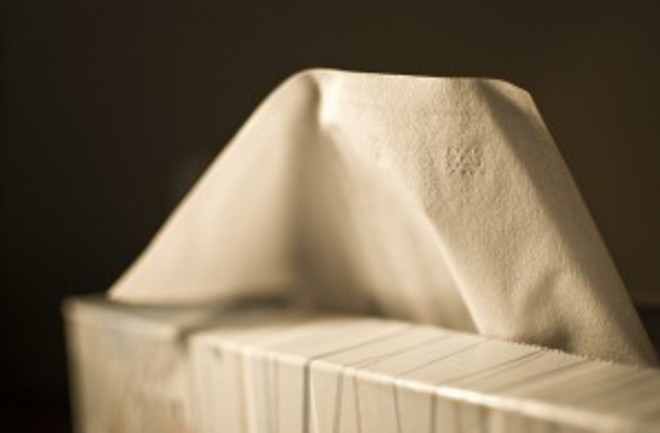 We've featured many unfortunate allergies on this blog, from a peanut allergy transferred via lung transplant to a magician who was allergic to his own rabbit. But perhaps none is as unfortunate as the allergy described in this study. Here, the authors examined 45 Dutch men suffering from "postorgasmic illness syndrome" (POIS), which is characterized by a series of flu-like symptoms that come on about 30 minutes after ejaculation. After testing the men for allergies, the doctors conclude that the men with POIS are actually allergic to their own semen. Fortunately, the doctors successfully treated these poor fellows in a follow-up paper. The treatment? "Multiple subcutaneous (SC) injections with autologous semen." That's right--they gave allergy shots using the men's own semen. At least it wasn't someone else's?

Postorgasmic Illness Syndrome (POIS) in 45 Dutch caucasian males: clinical characteristics and evidence for an immunogenic pathogenesis (Part 1). "INTRODUCTION: Postorgasmic illness syndrome (POIS) is a combination of local allergic symptoms and transient flu-like illness. In this study, the investigators propose five preliminary criteria to establish the diagnosis. AIM: To describe the clinical details in 45 males being suspected of having POIS and to test an immunogenic hypothesis as the underlying mechanism of their presentations. METHODS: Forty-five males were studied according to standardized protocol, including neuropsychiatric and medical sexological evaluations; their complaints were categorized using their own words, and their self-perceived intravaginal ejaculation latency time (IELT). Skin-prick testing with autologous diluted semen in 33 men were also performed. MAIN OUTCOME MEASURES: Clinical features of POIS including self-perceived IELTs and the results of skin-prick testing with autologous diluted seminal fluid. RESULTS: Of the 45 included men, 33 subjects consented with skin-prick testing. Of them, 29 (88%) men had a positive skin-prick test with their own (autologous) semen, and four had a negative test. In 87% of men, POIS symptoms started within 30 minutes after ejaculation. Complaints of POIS were categorized in seven clusters of symptoms, e.g., general, flu-like, head, eyes, nose, throat, and muscles. Local allergic reactions of eyes and nose were reported in 44% and 33% of subjects, a flu-like syndrome in 78% of subjects, exhaustion and concentration difficulties in 80% and 87% of subjects. Of all subjects, 58% had an atopic constitution. Lifelong premature ejaculation, defined as self-perceived IELT < 1 minute, was reported in 25 (56%) of subjects. CONCLUSIONS: The combination of allergic and systemic flu-like reactions post-ejaculation together with a positive skin-prick test in the majority of males underscores the hypothesis of an "immunogenic" etiology of POIS, e.g., that POIS is caused by Type-1 and Type-IV allergy to the males' own semen, as soon it is triggered by ejaculation." Related content: Flashback Friday: Transfer of peanut allergy from a donor to a lung transplant recipient.The case of the magician who was allergic to his rabbit.Flashback Friday: When eating nuts and having sex don’t mix.