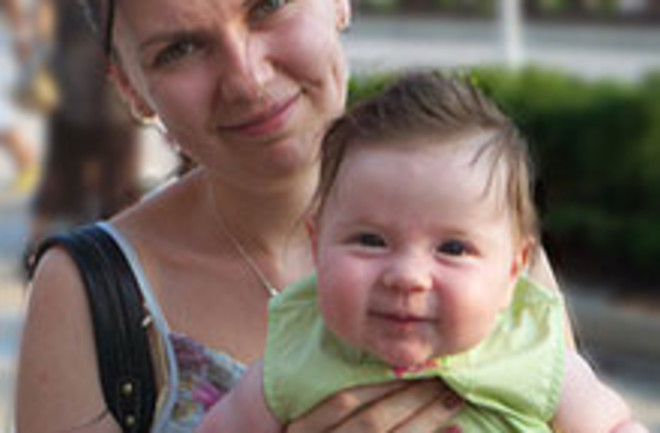 Breast-feeding may significantly cut a woman's risk of breast cancer if she has an immediate relative that has ever had the disease, according to a study published in the journal Archives of Internal Medicine. Among women with close family members who have had breast cancer, the risk of developing the disease before menopause sank by 59 percent if she ever breast-fed, according to the research, which used data from more than 60,000 subjects of the Harvard Nurses' Health Study. The risk of breast cancer in women without the disease in the family was unaffected by breast-feeding. The findings suggest that

breast-feeding may prove just as effective a strategy for high-risk women as the use of Tamoxifen, a drug that interferes with estrogen activity and is often used in high-risk women to reduce breast cancer risk [The New York Times].

While the study showed breast-feeding provided a large protective effect, the finding may not be entirely definitive. Oncologist Julia Smith

For women with a high risk of breast cancer, due to factors like a family history of the disease or a genetic predisposition to develop it, the only preventive measures currently used are Tamoxifen and the prophylactic removal of the breasts.

notes that 87 percent of the women in the study breast-fed their infants, a much higher percentage than women in the general population, and that the women who breast-fed tended to be thinner than women who did not. The drop in breast cancer risk may have been due to other lifestyle factors rather than just breast-feeding alone [Health]. For instance, breast-feeding is more common among higher-income, better-educated women, who may engage

in other behaviors that are providing protection against breast cancer. Finally, the fact that breast cancer risk did not appear to be affected by the length of time during which a woman breast-fed raised a red flag among some experts about the conclusions of the research. “I would be cautious in interpreting [these results]... You would expect to see a dose-response relationship with breast-feeding if it is a really causal protective factor”