Scientists say the technology behind the COVID-19 vaccines could change medicine and lead to new treatments against diseases like malaria, cancer and HIV. 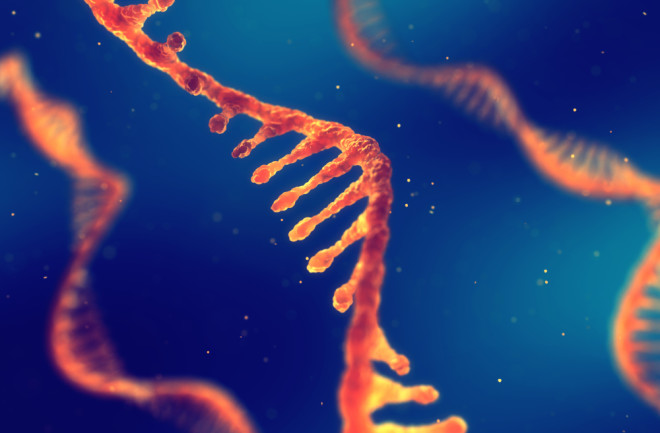 The term “mRNA” only entered the average household in the past few months, as Moderna and Pfizer-BioNTech released their COVID-19 vaccines. But a handful of scientists have spent decades studying this novel approach to immunization. By the start of the pandemic the technology was already so advanced that, when Chinese researchers published the genetic sequence for the coronavirus in mid-January, Moderna was able to concoct a vaccine within 48 hours. Clinical trials began a matter of weeks after that. In nine months, the world was well on its way to viral security.

It was a stunning debut for mRNA — shorthand for messenger ribonucleic acid, DNA’s sidekick — which had long ranked as a promising but unproven treatment. After this encouraging success, its proponents predict an equally impressive future. They have always believed in mRNA’s ability to protect against not only the likes of coronavirus, but also a host of deadly diseases that resist traditional vaccines, from malaria to HIV to cancer. In 2018, long before the past year’s confidence-boosting display, a group of researchers announced “a new era in vaccinology.”

It remains to be seen whether mRNA will live up to the hype. With concrete results attesting to its potential, though, interest is growing among investors and researchers alike. It helps that regulatory agencies and the public are familiar with it now, too, says Yale immunologist Rick Bucala. “That has really changed the landscape.”

Andrew Geall, co-founder of one company testing RNA vaccines and chief scientific officer of another, notes that mRNA has only just entered its infancy after a long gestation. Such is the nature of scientific progress. “We’ve had the technology bubbling for 20 years, and the major breakthrough is this clinical proof of two vaccines,” he says. “Now we’re set for 10 years of excitement.”

Next Steps for mRNA

The goal of any vaccine is to train the immune system to recognize and defend against a virus. Traditional vaccines do so by exposing the body to the virus itself, weakened or dead, or to a part of the virus, called an antigen. The new shots, as their name suggests, introduce only mRNA — the genetic material that, as you may remember from high school biology, carries instructions for making proteins.

Once the mRNA enters the cells, particles called ribosomes read its instructions and use them to build the encoded proteins. In the case of the COVID vaccines, those proteins are the crown-shaped “spike” antigens from which the coronavirus derives its name (“corona” means crown in Latin). By themselves they are harmless, but the immune system attacks them as foreign invaders, and in doing so learns how to ward off the real virus. If it ever rears its spiky head thereafter, the body will remember and swiftly destroy it.

But besides liberating the world from the worst pandemic in generations, mRNA could help to vanquish many an intractable illness. If all the dreams of its advocates are realized, the COVID vaccines may, in hindsight, be only a proof of concept. In February, for example, Bucala and his colleagues patented a vaccine against malaria, which has likely killed more humans than any other single cause and has mostly withstood immunization.

Justin Richner, an immunologist with the University of Illinois, Chicago, is developing an mRNA vaccine for dengue, another highly resistant virus. Because mRNA is simply a genetic sequence, scientists can easily tweak it as necessary to find the most effective combination. “One of the advantages of the mRNA platform is how it can be so easily modified and manipulated to test novel hypotheses,” Richner says.

Read more: Dengue Fever Is on the Rise — a Ticking Time Bomb in Many Places Around the World

Geall says the obvious candidates for mRNA vaccines include what he calls the “Big 6,” all of which remain crafty foes: malaria, cancer, tuberculosis HIV, cytomegalovirus, and respiratory syncytial virus. His own company, Replicate Bioscience, is working on the cancer front, as are several others, including BioNTech. Through genetic analysis of individual tumors, patients could one day receive personalized vaccines, designed to target the specific mutations afflicting them.

Currently, it’s difficult to tell whether an mRNA vaccine will work on any particular pathogen. Many have shown promise in animal trials, only to falter in our species. As Geall put it, “mice are not humans.” Some appear to be better bets than others — cytomegalovirus and RSV respiratory syncytial virus in particular — but for now, it’s too early to say where mRNA will next bear fruit. “Despite all we know about immunology, a lot of it is really empiric,” Bucala says. “You just have to try things and see if they work.”

Based on its recent achievements, mRNA’s next act may well involve the next pandemic. Perhaps its biggest strength is that it can be manufactured at speeds unheard of in the realm of traditional vaccines, making it well-suited to addressing sudden surges of viruses. “One of the great things about the mRNA field is how quickly you can go from a concept into a therapy that is ready for clinical trials,” Richner says. “We can make multiple different vaccines and test them in a really rapid process.”

Read more: COVID-19: A Basic Guide to Different Vaccine Types and How They Work

Since 2018, Pfizer and BioNTech have been working on an mRNA vaccine for seasonal flu. Under the status quo, experts must predict which variation of the virus will pose the greatest threat each year and produce vaccines to match it. But because mRNA is so easy to edit, it can be modified more efficiently to keep pace with the ever-mutating strains. “I do think the influenza vaccine field will be transformed in the not too distant future,” Richner says.

A similar kind of gene-based vaccine, made with self-amplifying RNA (saRNA), is even more nimble. Whereas basic mRNA vaccines — like Moderna’s and Pfizer-BioNTech’s — inject all the genetic material at once, the self-amplifying version replicates itself inside the cell. Just a small dose of this potent product can trigger the same immune response as a syringe-full of the current shots. Bucala’s malaria vaccine and Geall’s cancer vaccines both use this technology. “The big problem is that vaccines don’t prevent infections,” Bucala says. “Vaccinations prevent infections.” With saRNA, manufacturers can ensure a lot more of them.

After mRNA’s brilliant battle against Covid, it’s tempting to think of it as a panacea. But, Bucala says, “Is there something intrinsically revolutionary about mRNA? We don’t know yet.”

It does come with some logistical challenges. For example, mRNA breaks down easily, so it must be refrigerated throughout the distribution process. Hurdles aside, though, the possibilities are vast, and investment may rise to meet the industry’s ambitions. Vaccine development isn’t typically a lucrative business, but COVID-19 has made more than a few billionaires, “and others are watching,” Bucala says. “I think it should become economically viable in our [current] model to get into vaccine work again.”

Geall agrees. Even if some mRNA endeavors fizzle out, at least a few are bound to make the world proud. “There’s a lot of money out there that is going to be invested into these new approaches,” he says. “We’re going to see failures, but we’re going to see successes for sure.”