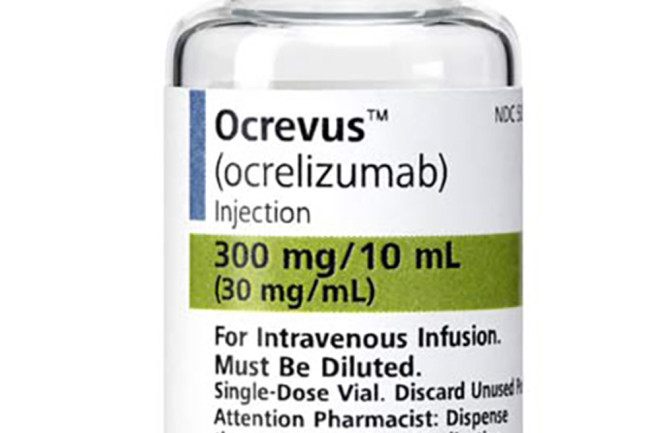 Ocrelizumab is the first FDA-approved treatment for primary-progressive MS. | Genentech

More than 400,000 Americans are afflicted with multiple sclerosis, an autoimmune disease that disrupts the brain’s neural signals to the body. In March, the Food and Drug Administration approved the drug ocrelizumab to treat not only the milder form of MS, but also the primary-progressive form, for which there was no treatment until now.

The new-to-market drug takes a novel approach. Whereas traditional MS medications target the immune system’s T-cells, ocrelizumab focuses on destroying the system’s B-cells, which fuel the brain inflammation that causes the disease to worsen.

During clinical trials, MRI scans showed that ocrelizumab reduces new brain inflammation in the milder relapse-remitting form, and slows deterioration in the progressive and most aggressive form. Along the way, the experiments have resulted in important information on how MS attacks the body, says Stephen Hauser, a neurologist at the University of California, San Francisco, whose lab spent decades determining the critical role B-cells play in the disease.