As man is, the dog is 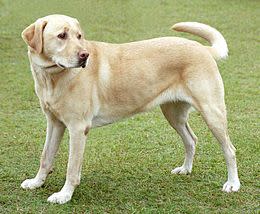 Since John Hawks already hit it I don't have much to add about the dog-starch-adaptation-paper in Nature, The genomic signature of dog domestication reveals adaptation to a starch-rich diet. I'm impressed at the yield from the sample sizes that they had, but as John alludes to this area of study has huge possibilities. The authors suggest that agriculture catalyzed domestication. That's fair enough, and carefully stated I'd say, because the Amerindians seem to have brought domestic dogs to the New World long before agriculture. In other words, the "domestication" event was probably a multi-layered affair. Looking through the supporting information it's obvious that the domestics were almost all Western breeds. As the search for adaptive variants expands to other lineages we might be in for surprises in terms of the signatures of selection as they vary across the dogs. Which brings me to humans. After all the variation in digestive abilities also applies to humans, and there's a fair amount of evidence of recent human adaptation driven by agriculture. Is Paleolithic man to Holocene man what the wolf is to the dog? Evolutionary psychologists have long spoken of the "Paleolithic mind," but what if the Holocene indeed has witnessed a major evolutionary change in our species? To go back to the dog analogy, imagine that wolves were extinct, and inferences were made about them based on what we know of the dog. How accurate would those inferences be? George Church might be disavowing the project of resurrecting Neandertals, but the reality is that bringing one of them back would be an incredible test of the inferences that are the bread & butter of the paleoanthropological enterprise. Image credit:Wikimedia