Are women getting better looking? 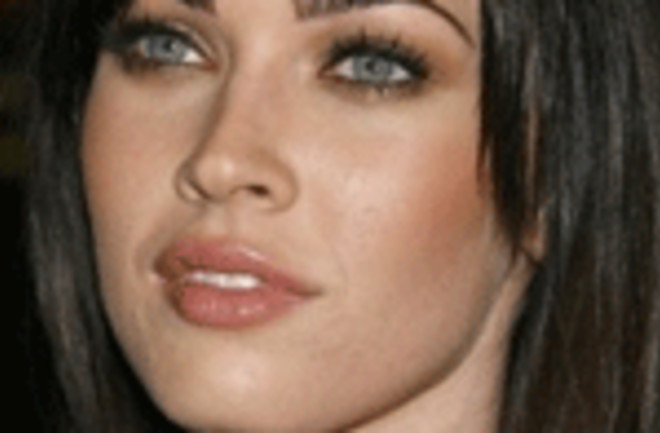 Update:The author of the paper clears up confusions. Update: Here's the paper. End Update The British media is abuzz with another paper from Satoshi Kanazawa, the evolutionary psychologist who has great marketing savvy. I can't find the study online anyway, so here is the Times Online:

In a study released last week, Markus Jokela, a researcher at the University of Helsinki, found beautiful women had up to 16% more children than their plainer counterparts. He used data gathered in America, in which 1,244 women and 997 men were followed through four decades of life. Their attractiveness was assessed from photographs taken during the study, which also collected data on the number of children they had. ... One finding was that women were generally regarded by both sexes as more aesthetically appealing than men. The other was that the most attractive parents were 26% less likely to have sons. Kanazawa said: "Physical attractiveness is a highly heritable trait, which disproportionately increases the reproductive success of daughters much more than that of sons. "If more attractive parents have more daughters and if physical attractiveness is heritable, it logically follows that women over many generations gradually become more physically attractive on average than men."

The Daily Mail has more numbers:

The paper is built in previous research, which is a bad sign. Statistician Andrew Gelman pointed out several years ago major flaws in Kanazawa's methodology. Kanazawa didn't acknowledge the issues, in fact he kept going to the press publicizing his findings. As for the idea that men and women are diverging in physical attractiveness so quickly, there is something strange about this. Remember: males and females inherit half their genes from an opposite sex parent. This has resulted in observations to the effect of very masculine men producing rather masculine females, so that there is a time-dependent trade off in fitness conditional on secondary sexual characteristics. This does not mean that biological differences between males and females can not emerge, obviously there is dimorphism in adult size, in addition to the sexual characteristics which are determined relatively early in life.

, trait value differences between the sexes take 10-100 times longer to emerge all things equal. See Genetics and Analysis of Quantitative Traits for the chapter on how the evolution of sexual dimorphism has to grapple with the problem of correlated response. More straightforwardly, the rate of evolution due to selection is proportional to the reproductive variance, the heritability of a trait, and the correlation between reproductive variance and the trait value. In plain English, if tall people have many more children than short people, but whether someone is tall or short is mostly a function of environment, we are forced infer that there just won't be much directional genetic evolution on this trait since selection is not tracking much genetic variation. Similarly, if the reproductive variance is minimal the change in genetic frequencies from generation to generation will also be minimal. To have winners you need losers. So how heritable is good-looks? I am sure that some readers know much more about the biology of appearance than I do, but I assume that there are two independent components of variation here: secondary sexual characteristics and symmetry. The former can often result in a physiological fitness drag in some species due to either the handicap principle or runaway sexual selection. In contrast symmetry presumably tracks overall genetic fitness and overlaps with some idealized "wild type." In The Mating Mind the evolutionary psychologist Geoffrey Miller posited that beauty which an outward signal of mutational load, and Armand Leroi relies on this model to explain why variance in beauty will always persist. Every human has a suite of deleterious alleles, some of them inherited from their parents, some of them new and unique. These alleles may not be fatal, but presumably they serve as a drag on development and physiological flourishing. If beauty is a signal of health, and health is an outcome of genetic normality, then the beautiful will likely be those with the fewest deleterious mutations. If the mutations of largest effect are relatively small in number, perhaps 100 or so, there will be enough variance among siblings for there to be a discernible range in outcomes (which we see). And if it is correct that every human has a few new mutations the well of potential ugliness is replenished every generation. How does this align with the thesis posited by the authors above? I don't know since I don't have the paper in front of me. But I'm rather skeptical that the correlations between beauty and mutational load, and the variance in reproductive fitness correlated with beauty, are high enough to have the effects that are posited above. Additionally, selective transmission of mutational load (or lack of transmission) seems really bizarre (though I'm sure you can posit some sort of distorter at work in the Mendelian process). If mutational load is dropping, then sons should be getting better looking concomittantly. Thinking hard about the proximate mechanisms of biological inheritance as well as evolutionary genetic dynamics might give fruit to some interesting ideas, but relying just on the "logic" of evolution is too thin a methodology me thinks.Note: It's an interesting point that the thesis promoted by this paper goes against the dominant strain of concern among evolutionary biologists who have mooted the issue of evolution, fitness and selection over the past few centuries, that is, one of degredation or increased genetic load. W. D. Hamilton was the most famous worry-wart on this issue.