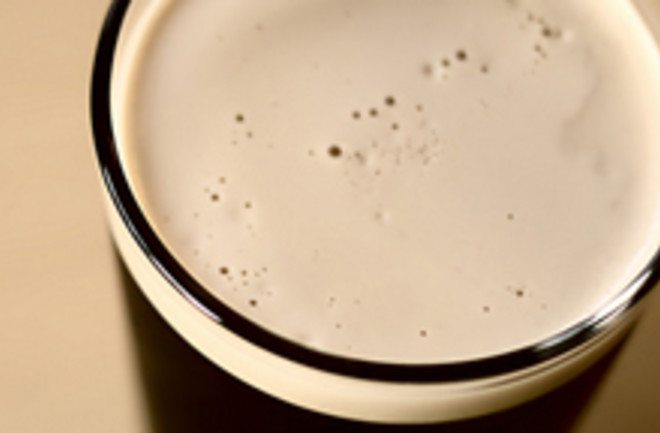 Beer: Some people think it's proof that God loves us and wants us to be happy. Others value it as a great source of antibiotics—of course, those people lived nearly 1,700 years ago. For much of the last three decades, anthropologist George Armelagos has been trying to explain how mummies that date from an ancient kingdom in Nubia—the area south of Egypt that's located in present-day Sudan—got so much of the antibiotic tetracycline in their bones. Since scientists didn't synthesize antibiotics like that one until the 20th century (and these bones date back to between 350 to 550 A.D.), finding a buildup in ancient bones screams out "contamination." Armelagos and his colleagues longed to prove that it wasn't, and in a study out in American Journal of Physical Anthropology, the team argues that the find is no fluke. Nubians got antibiotics into their systems by drinking beer, and lots of it, and from an early age. How? Thanks to the help of a kind of bacteria called Streptomyces.

Common in soil, Strep bacteria produce tetracycline antibiotics to kill off other, competing bacteria. Grains that are stored underground can easily become moldy with Streptomyces contamination, though these bacteria would only produce small amounts of tetracycline on their own when left to sit or baked into bread. Only when people fermented the grain would tetracycline production explode. Nubians both ate the fermented grains as gruel and used it to make beer. [Discovery News]

By dissolving bone samples in acid, team member Mark Nelson verified that the tetracycline was present in the ancient samples and not the result of modern contamination. And to prove that antibiotic beer is possible, the scientists made some.

Armelagos has challenged his students to home-brew beer like the Nubians did, including the addition of Strep bacteria. The resulting brew contains tetracycline, tastes sour but drinkable, and gives off a greenish hue. [Discovery News]

Ancient people long before the Nubians figured out fermentation without knowing the finer details about bacteria or yeast. Armelagos guesses that the Nubians noticed their antibiotic-laced concoction fought off infections and knew a good thing when they saw it.

When and why the antibiotic beer secret was lost is a mystery. It is not the first technology to disappear with the disappearance of cultures. Armelagos is continuing to look for the tetracycline in the bones of different cultures. He says he has already found preliminary evidence it is in bones of people who date to as late as 1300 to 1400 A.D. Armelagos hopes this find might also help explain why animals have been found with antibiotic resistance in Northern Africa where there is no previous evidence of antibiotics being used. [Wired.com]

Today the pint you raise at the pub is probably pasteurized, so you won't get a dose of antibiotics by knocking a few back. That's just fine by me: If I want to imbibe sour suds with a "greenish hue," I'll wait until St. Patrick's Day. Related Content: DISCOVER: Stone Age Beer

80beats: How Beer Bears Witness: Your Hair Shows Where You’ve Been Drinking

80beats: Beer Is Good for Your Bones? Well, Maybe

More From Discover
The Sciences
DNA Ancestry Tests Can Expose Family Secrets
Health
What is Long COVID and What are the Symptoms?
The Sciences
Your Body, the First 5 Minutes After You Die
Health
The Surprising History of the Bidet Started with the Wealthy and Brothels
Mind
What Is Dissociative Identity Disorder?
Health
Forget A "Twindemic," Experts Anticipate A "Tripledemic" This Winter
Recommendations From Our Store
My Science ShopDiscover STEM Kits
My Science ShopDiscover 2022 Calendar
My Science ShopStrange Science
My Science ShopElements Flashcards
Shop Now
Stay Curious
Join
Our List