A History of Bathing: It Hasn't Always Been About Hygiene

Despite its modern link to physical cleanliness, our forebears dipped themselves in water — or refused to — for many different reasons. 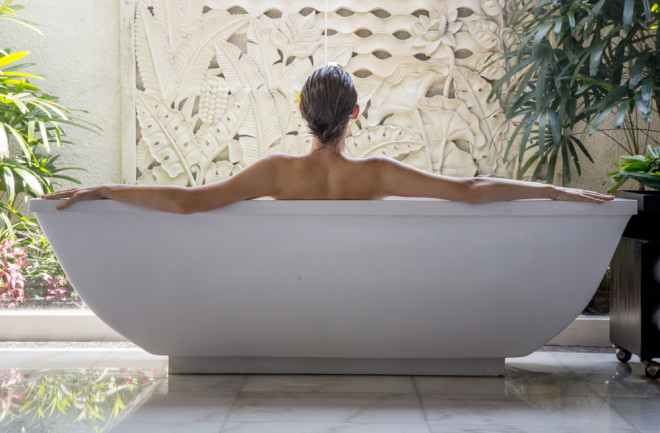 For the average American, bathing is commonplace and expected. Nearly everyone washes with some regularity, and many do so daily, as if the act were a requirement on par with eating and drinking. Natural as that fastidiousness may seem, though, it’s far from universal. Even in the developed Western world, routine bathing became a foregone conclusion only in the past century or so.

Hygiene has a long history. We live in a world of dirt — though the meaning of that word, too, has been subject to interpretation — and after living in it for 300,000 years, humans have had plenty of time to figure out what to do about said dirt. But the prescripts and conventions around bathing have varied tremendously in that time. From ancient Rome’s public baths to early-modern Europe’s water aversion or the 21st-century ubiquity of in-home tubs and showers, humanity’s relationship with bodily tidiness is anything but static.

In fact, the history of bathing is only partially related to hygiene. People have often gone well beyond the call of mere physical cleanliness. As University of Kent sociologist Julia Twigg wrote in Social & Policy Administration journal: “Baths have not always had the meaning that we give to them today. The close association that we make of bathing with getting clean is a relatively recent one.”

Most animals groom themselves in one fashion or another to avoid disease. Washing is, in one sense, an extension of that primordial practice. Perhaps this instinct guided the first human who bathed in a river or lake, or showered under a waterfall. But the historic record shows members of early civilizations immersing themselves in water with different intentions, often in social and ritual contexts.

The most famous and best documented bathing culture is that of ancient Rome, supported by a vast network of aqueducts and lavish bath houses. Elites and commoners alike soaked daily, in both hot and cold water, scraping their bodies clean with tiny rakes. The custom “went far beyond the functional and hygienic necessities of washing,” writes historian of Roman architecture Fikret Yegül in Baths and Bathing in Classical Antiquity. “It was a personal regeneration and a deeply rooted social and cultural habit,” an “institution” even.

The buildings were often designed with space for games, physical exercise and, in some larger complexes, libraries and lecture halls. As this suggests, the baths were not built with sanitation policy in mind, but rather to satisfy the public and glorify the sponsors of these luxurious facilities, as Virginia Sarah Smith writes in Clean: A History of Personal Hygiene and Purity. “The public baths mainly existed for reasons of pleasure, politics and propaganda, not disease prevention,” Smith writes. “In the long term, the hygienic impact of the public bath system was probably marginal.”

Though public bathing fell out of style in the West with the decline of the Roman Empire, the tradition blossomed around the same time in the East. Buddhist temples in India often contained bath houses where monks washed for ceremonial purposes, and the practice spread alongside Buddhism's growing influence in Tibet, China and Japan.

To Bathe or Not to Bathe

Europeans of the early modern age were as obsessed with cleanliness as anyone. But English theologian John Wesley’s maxim that "cleanliness is, indeed, next to Godliness” didn’t extend to rinsing grime from the body. In fact, westerners of his era believed bathing was downright dangerous. They feared that if they submerged themselves in water, they risked toxins infiltrating the body through its pores. Instead, they changed their shirts frequently and took “dry baths,” wiping themselves down with cloth.

Such habits persisted well into the 19th century, until bathing entered its current renaissance. With advances in plumbing technology and water infrastructure, more and more Americans installed tubs and showers in their homes, ringing in the regime of private, daily baths. Perceptions of bathing shifted toward widespread acceptance and, eventually, the supposed superiority of consistent washing.

The past few millennia, however, should make clear that the modern pursuit of hyper-hygiene isn’t the default approach to getting clean. “Even more than in the eye or the nose, cleanliness exists in the mind of the beholder,” Katherine Ashenburg writes in The Dirt on Clean: An Unsanitized History. “Every culture defines it for itself.”

We may look upon our predecessors as filthy, but it’s safe to assume they didn’t share this view. “The modern North American, the seventeenth-century Frenchman and the Roman were each convinced that cleanliness was an important marker of civility," Ashenburg writes, "and that his way was the royal road to a properly groomed body."