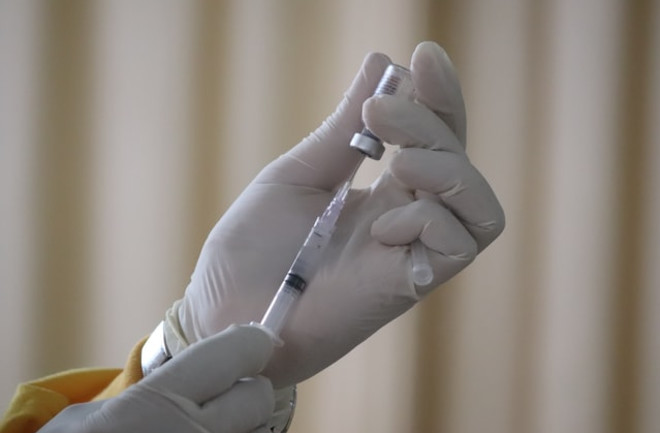 On December 13, trucks loaded with coronavirus vaccine doses and dry ice poured out from Pfizer’s production facility in Michigan. Moderna’s own deliveries soon followed. And in the more than six months since then, nearly half of all Americans have been vaccinated against COVID-19.

Researchers raced to create the much-needed drug and delivered one in record time, but one of the biggest challenges still lies ahead. Life in the United States may be somewhat returning to normal, yet vaccination rates in many other countries remain low.

According to Pfizer, their drug must be kept at a truly frigid negative 94 degrees Fahrenheit to remain effective. Keeping the vaccine doses at that temperature while delivering them to rural, developing parts of the world is an engineering hurdle of its own.

“Our worst fears in terms of vaccine rollout might come true,” says Do Soon Kim, a researcher at Stanford University’s Das Lab.

While Western and wealthy nations have taken advantage of their temperature-controlled supply chains, hotter and more developing countries have struggled with accessing and distributing vaccines.

As a result, Kim says that coronavirus variants have popped up in those places and then spread around the world and the treatments available don’t work as well on them. “When it comes to suppressing a global pandemic, any weak point will come back to bite you,” he says.

Thankfully, this challenge didn’t come as a complete surprise. And that’s why a team of researchers from Stanford University and a dedicated group of online puzzle solvers have been working together to solve the problem since March 2020.

Not long after pandemic-related shutdowns started hitting the U.S., a citizen science project called Eterna launched the OpenVaccine Challenge. Their hope was to work with thousands of volunteers from around the world to design a more stable vaccine for COVID-19. Instead of learning to crochet, bake sourdough or play Animal Crossing, these citizen scientists pitched in to help scientists create a library of potential vaccine molecules that could be tested in a lab at Stanford University.

And earlier this year, they delivered. In a pre-print paper published online at the bioRxiv, the team revealed the results of their work, which include a revised method of finding potential mRNA vaccines and a handful of potential mRNA vaccine molecules that appear to be more stable than the ones rolling out right now. They hope that this discovery can lead to vaccines with three times the current shelf life. Eterna is now working with partners to help turn these findings into action as the world develops the second generation of COVID-19 vaccines — ones that can more easily reach the developing world.

If they’re successful, it might avoid the need for cold-storage freezers and enable far more efficient delivery of vaccines around the world.

The vaccines created by Pfizer and Moderna use so-called messenger RNA molecules, or mRNA. Our bodies depend on this specific type of RNA molecule to create proteins from DNA — the instructions that cells depend on to make a living body function properly. mRNA is like a kind of cookbook for all the cells in the body, and scientists have long thought that if they could master artificial mRNA technology, they could train our immune cells how to protect themselves against any number of viruses and diseases.

In the case of the COVID vaccine, the mRNA teaches immune cells how to neutralize SARS-CoV-2, the virus responsible for COVID-19 by coding for a molecule called the spike protein. The spike protein gives the virus its crown-like appearance — and, hence, its name. So after a vaccination, the next time immune cells spot the protein, they recognize the intruder and attack.

“RNA[s] are these beautiful molecules,” says Eterna co-creator Adrien Treuille of Carnegie Mellon University in Pennsylvania. “They are very simple and they self-assemble into complex shapes. From the scientific side, there is a RNA revolution going on.”

Eterna helps user learn how RNA folds, and then create their own shapes. (Credit: Eterna)

From its inception in 2010, Eterna’s goal has been to develop a more comprehensive understanding of the basic mechanisms of RNA. How does it fold? And how can you design digital, artificial RNA molecules that actually perform as intended in the real world? The researchers saw a host of ways they might be able to advance medicine using citizen science.

That’s the work they’ve been doing for the past decade, tackling topics from gene editing to tuberculosis. But as the pandemic started sweeping the world in early 2020, the team decided to pivot from the more fundamental science toward finding specific mRNA molecules that might work in vaccines.

“The advantage of using mRNA molecules is that you can quickly synthesize and distribute them faster than you can test and distribute more traditional vaccines,” says Kim, who’s a member of the team responsible for the OpenVaccine Challenge. “The challenge is that, if I make an mRNA vaccine and I want to distribute it, that molecule might degrade over the time it takes to send it to a location where I want to give it out.”

That’s why Eterna’s goal has been to discover an mRNA vaccine stable enough to be distributed all over the world, and not just to a privileged few. Thanks to funding from generous philanthropic donors, they were able to make the pivot quickly to involve citizen scientists in their OpenVaccine Challenge.

Shifting toward creating a coronavirus vaccine meant that Eterna video game players were now tapped to design mRNA molecules that fit a specific set of criteria. On the video game player’s end, this looks like solving a puzzle, which fellow citizen scientists then vote on. The most popular designs are synthesized by the Das Lab in their Stanford lab and become real-world molecules. Once synthesized, scientists can test if the RNA molecules are stable and can actually function in nature.

This kind of work isn’t possible with computers alone. The number of possible combinations are beyond any reasonable method for enumeration, and thus algorithms alone can’t solve this problem efficiently. However, humans are unparalleled at recognizing patterns. As Kim points out, computers don’t go into discussion forums to exchange ideas on how to push forward, but Eterna’s players do. They also constantly pick up on each other’s designs and then work to improve them.

“The players are designing things at incredibly granular levels while staying in touch with all the complex biological rules that we impose on them,” he says. “It’s allowing us to solve this incredibly complex problem through a video game interface. I honestly don’t think a lot of players fully understand the complexity of the problems that they’re addressing.”

And while these citizen scientists may not have had the background to understand the complex biochemistry behind the OpenVaccine Challenge, they certainly understood the importance. One veteran Eterna player tragically died of COVID-19 over the summer as they were at the height of their hunt for mRNA molecules.

Eterna users complete challenge puzzles, like this one. (Credit: Eterna)

It was a catalyzing moment for the volunteers and the researchers themselves. And as they published their paper this week, the group decided together that they would dedicate the research in his honor.

This collaborative model of finding a vaccine stands in stark contrast to the more secretive push that’s often employed elsewhere in the hunt for highly-profitable new medicines. The team sees it as a blueprint for Eterna going forward, once COVID-19 is in the rear-view mirror. They hope to pioneer more new mRNA molecules that can have broad impacts on disease around the world. Their approach — a combination of their own algorithm and help from citizen scientists — also appears to be more effective, according to the team’s study.

With conventional vaccines, drug companies make proteins inside eggs and then give it to people. But mRNA vaccines simply encode for the specific protein and then get our bodies to make it themselves.

“The tricky part is that for any given protein the number of ways to encode it are astronomical,” Kim says. “The number of ways you could have to try out are far more than the stars in the galaxy.”

And as if it weren’t enough to simply find ways that work, the vaccine should also have some certain characteristics. It should stick around in the body long enough to make a lot of the protein. From a practical standpoint, it should be stable enough to not degrade in transport.

While the struggles on the second part are now well known, the complications from the first part have gotten less attention. With a more efficient design, Kim says researchers could actually reduce vaccine side effects significantly, alleviating the cold-like symptoms many people have experienced.

“What we know biologically is that the more mRNA you push into someone’s body, the greater the chance of side effects,” he says. “If you can give them 10 times less, you could have 10 times fewer side effects.” Also, if each dose needed just one-tenth of the mRNA, you’d have a lot more vaccines to go around.

This isn’t just important for COVID-19, it’s also vital for many other diseases that mRNA vaccines could protect against.

“I think we represent a significant turning point in the way we’re going to design therapeutics going forward,” Kim says. “This came from a thousand people working together, and that collective community of people has shown they can design molecules better than three or four Ph.D. scientists hovered around a laptop. The community is incredibly empowered by what we’ve been able to achieve.”