Contraception options now include a variety of inexpensive and long-term options and these are the methods scientists recommend. 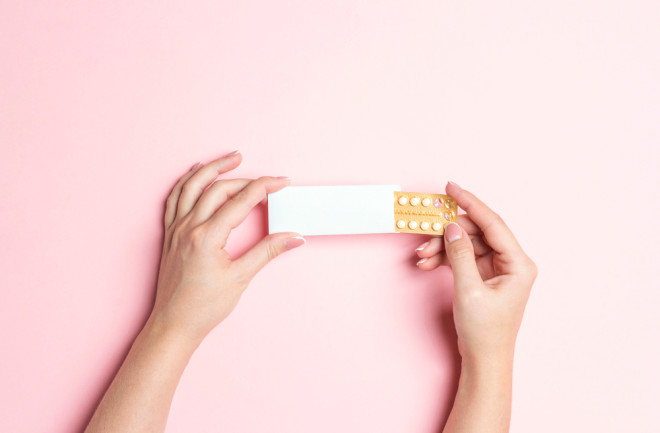 On Mad Men, the TV drama set in 1960s New York City, secretary Peggy Olson visited a gynecologist and asked to start oral contraceptives. The physician noted she wasn’t married and said he’d fill the prescription, although he worried the freedom might turn her into a “strumpet.”

“I’ll warn you now, I’ll take you off this medicine if you abuse it,” the physician says.

Times have changed since Peggy paid $11 for her monthly prescription ($111 in today’s money) and promised the doctor she wouldn’t run around to get her “money’s worth.” Contraception options now include a variety of inexpensive and long-term options. Here are seven methods scientists say are the most effective.

IUDs are considered one of the most reliable forms of contraception and are 99 percent effective. IUDs are a T-shaped device that a physician places in a patient’s uterus. Patients can choose between a hormonal or a copper IUD.

With hormonal IUDs, the device releases progestin that thickens the mucus on the cervix and prevents sperm from entering. For some people, the progestin will also stop the ovaries from releasing eggs. Depending on the brand, an IUD can prevent pregnancy for three to seven years.

The second type of IUD is made with copper, which is a natural spermicide. It can work for up to 12 years. Medical care providers praise it, since it is non-hormonal, natural, cost-effective and conveniently long-term. Physicians can also remove it upon request.

Patients can also use IUDs as a form of emergency contraceptive if they are inserted within five days after unprotected sex or a contraception mishap. Studies are also finding that IUDs are a more comfortable and safer alternative to tubal litigation (aka having your tubes tied). Sterilization is the most common method of contraception, and almost one in five American women have undergone the procedure.

A 2022 study in the Journal of General Internal Medicine found that both types of IUDs had similar effectiveness rates to tubal litigation and didn’t carry as high of a risk of infection. Post-surgical pain had even decreased over time.

Similar to IUDs, implants also deliver progestin to thicken cervix mucus, and for some patients, stop the ovaries from releasing eggs. Implants can last up to three years, and the risk of becoming pregnant with an implant is less than one percent.

The key difference between an IUD and an implant is location. Whereas the IUD is worn in the uterus, an implant is placed under the skin in a patient’s arm. A physician or nurse can insert the implant during a routine office visit. The implant is a short, slender rod that is smaller than a match stick. A patient can feel it under their skin, but is not noticeable to others.

The birth control shot is an injection of progestin that lasts for 12 to 13 weeks. The shot contains progestin, which works to increase cervical mucus, and for some patients, stop the ovaries from releasing eggs.

The shot is considered 94 percent effective, which means it ranks behind IUDs and implants in terms of effectiveness. Medical practitioners advise patients who are considering the shot to prioritize making and attending follow-up appointments because the effectiveness wanes after three months.

Vaginal rings are a short-term, hormonal option with 91 percent effectiveness. The ring is worn internally, and the user can self-manage. One type, NuvaRing, must be replaced every five weeks. The other type, Annovera, lasts about a year.

Both ring options work similarly by delivering the hormones estrogen and progestin. This stops the body from ovulating and also creates a mucus shield across the cervix. Users have to be mindful that the ring can pop out of place, and some might find it uncomfortable.

The birth control patch (aka the transdermal contraceptive patch)is a hormonal patch that is replaced every week and is 91 percent effective. The patch is typically worn on the buttocks, back or torso and studies find it remains potent throughout the week-long wear.

The patch is used in a four-week cycle. Users wear the patches and replace them each week for three consecutive weeks. Then, no patch is worn during the fourth week. Studies have found that 10 percent of users don’t follow the cycle as directed, and users have to be mindful to change the patch on the same day each week.

Oral contraceptives are a popular option among birth control users. About 44 percent of women worldwide (ages 15 to 49) used contraception in 2019, with 18 percent option for oral contraception. The pill is 91 percent effective at preventing pregnancy.

Patients can choose between two pill types. The first, combination pills, have both estrogen and progestin. Various brands have different levels of estrogen, and patients are advised to speak with their physician to find a formula that best works for them. Combination pills stop the body from ovulating and also thicken cervical mucus.

Progestin-only pills are often called minipills, and they work by thickening cervical mucus. Users must take both the minipill and combo pill daily. Minipills have a tight window, and they must be taken within the same three-hour timeframe every day.

Other barrier methods such as diaphragms, sponges, internal condoms or spermicide were less commonly used and made up less than 1 percent of contraception use.