Would You Pay $39.99 for an Energy-Efficient Light Bulb? 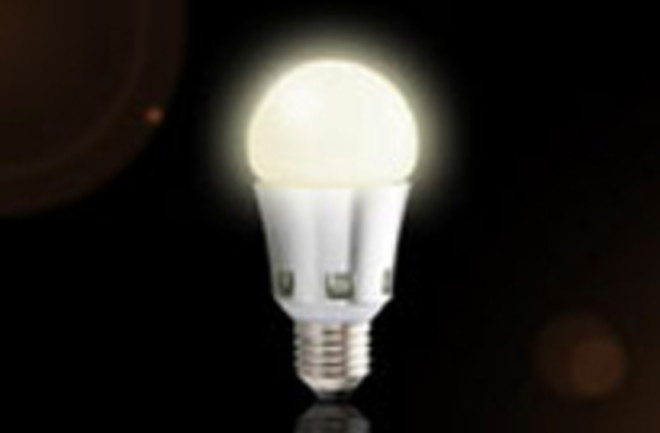 A $40 price tag for a single light bulb may seem ridiculous to most consumers. But the Dutch company Lemnis Lighting hopes people will listen to all the arguments for their high-tech LED bulb, and consider it a bargain.

[W]hat if it used 90% less electricity than a standard incandescent bulb, cut greenhouse gas emissions and saved you about $280 over its 25-year life span? [Los Angeles Times].

LEDs -- light-emitting diodes -- are semiconductors that glow and are considered one of the great hopes for slashing carbon emissions from lighting, which consumes about 19% of energy production worldwide [Los Angeles Times].

LEDs are already used in commercial lighting and electronic displays, but the cold, invariable glow has not caught on for household fixtures. Lemnis says its Pharox60 bulb, which just came on the market in the United States, is a major improvement, as it casts a warm glow similar to that of a standard 60-watt incandescent bulb and works in any normal light socket. The company also says this bulb is the first that's compatible with dimmer switches. Finally, unlike curly compact fluorescent bulbs, LED bulbs don't contain toxic mercury and can be recycled. There's a growing market for energy efficient light bulbs, especially since traditional incandescents are already being phased out in Europe, and will be banned under new U.S. energy standards that take effect in 2012. Still, the initial price for Lemnis's bulbs may cause sticker shock.

Incandescent bulbs cost less than $1 each (33 cents per bulb at Home Depot) and dimmable compact fluorescent lights are available for less than $5 each.... In the recession, it’s unclear how many buyers will feel the cost is worth it, even with the much longer lifespan and the electricity savings [Earth2Tech].

But according to Lemnis founder Warner Philips, it's all a matter of perspective.

"Compared to the entry price for solar panels, we feel this is a more accessible energy saving investment" [CNET]

, he says. Related Content: 80beats: Can Laser Treatment Rejuvenate the Incandescent Bulb? 80beats: Big Advance in OLED Lighting Might Signal Beginning of the End for the Bulbs DISCOVER: Future Tech shows why the light bulb is becoming as quaint as a vacuum tube Image: Lemnis Lighting