Is the incandescent bulb becoming as quaint as the vacuum tube?

To get from Kathmandu to the tiny buddhist village of Thulo Pokhara in Nepal, Dave Irvine-Halliday drove for several hours until the roads ran out, then hiked southeastward through the countryside for two days. When he arrived, he found villagers working and reading around battery-powered lamps equipped with light-emitting diodes, or LEDs—the same lamps he had left there in 2000. 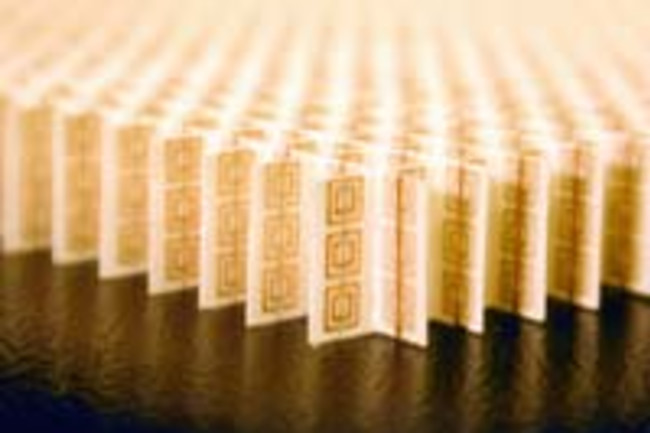 LED flashlights, such as this Lightwave 4000, are expensive, but the LEDs resist vibration, last thousands of hours, and provide more illumination per watt than conventional bulbs.Photograph by Jens Mortensen

Irvine-Halliday, a photonics engineer at the University of Calgary in Alberta, was not surprised. He chose to use LED bulbs because they are rugged, portable, long-lived, and extremely efficient. "You get a tremendous amount of light for the energy," he says. Each of his lamps produces a useful amount of illumination from just one watt of power. Villagers use them about four hours each night, then top off the battery by pedaling a generator for half an hour. The cool, steady beam is a huge improvement over the sallow rays of smoky, fire-prone kerosene lamps, still common in developing countries. In fact, LEDs have big advantages over familiar incandescent lights as well—so much so that Irvine-Halliday expects LEDs will eventually take over from Thomas Edison's old lightbulb as the world's main source of artificial illumination.

The dawn of LEDs began about 40 years ago, when researchers first figured out how to squeeze light from semiconductor crystals. The crystals were encapsulated in clear epoxy and exposed to current that drove negatively charged electrons into positively charged holes. The energy liberated in this process created photons of light. But early LEDs produced anemic red or green glows suitable mainly for displays in digital clocks and calculators.

A decade ago, engineers invented a semiconductor crystal made of aluminum gallium indium phosphide that produced a much brighter red light. Around the same time, Shuji Nakamura of Nichia Corporation, a company that made phosphor coatings for cathode-ray tubes, developed the first practical blue LED. This small advance had a huge impact because blue, green, and red LEDs can be combined to create most of the colors of the rainbow, just as blue, green, and red phosphors generate the hues in a color television picture.

These days, high-intensity color LEDs are showing up everywhere. Indeed, the change has come so quickly that you may not have even noticed. Drive around a bit, however, and you are bound to come to a traffic light showing a telltale pattern of red and green LED dots; there are already roughly half a million of them across the country. The reasons for the rapid switchover are simple. Incandescent bulbs have to be replaced annually, but LED traffic lights should last five to 10 years. LEDs also use 80 to 90 percent less electricity than the conventional signals they replace. Collectively, the new traffic lights save at least 400 million kilowatt-hours a year in the United States.

Much bigger savings await if LEDs can supplant Mr. Edison's bulb at the office and in the living room. Creating a white-light LED that is energy stingy yet also cheap and aesthetically appealing has proved a tough engineering challenge. But all the major lightbulb makers—including General Electric, Philips, and Osram-Sylvania—are teaming up with semiconductor manufacturers to make it happen.

One way to generate white light is to combine red, green, and blue LEDs. But red diodes are much more efficient at converting electricity to light than are green diodes, so sophisticated circuitry is needed to keep the colors properly blended. Jerry Simmons, program manager for the solid-state lighting program at Sandia National Laboratories, sees that added complexity as a good thing. "The multicolor-LED approach gives you tremendous control," he says. For instance, an electronic sensor could measure the light coming through a window and alter the LEDs to keep the color and intensity of the indoor illumination constant. You could instantly change the mood of a room from blue and alert to red and warm. And computer-activated LED light fixtures could transmit data the way the LEDs in a remote send signals to your TV to change the channel. Voilà! You have a wireless home network.

A potentially simpler solution is to build an LED that emits blue or ultraviolet radiation and cover it with a phosphor coating that glows white when exposed to those energetic rays, mimicking the way a fluorescent bulb works. Unfortunately, using higher-energy ultraviolet photons to produce lower-energy visible photons entails a loss of about 30 percent of the energy. Scattering by the phosphor then siphons off still more of the LED light.

Fred Schubert, a professor of electrical and computer engineering at Boston University, has found a third path to white light. He attaches a blue LED to a yellow-emitting semiconductor. Some of the light from the blue diode strikes the yellow layer, energizing it and causing it to glow as well. The yellow and blue rays combine to produce a light that the eye perceives as white. This pseudo-white light has no red in the mix, making it inappropriate for an art museum or an operating room, where true color is essential. But it should be fine for hallway or outdoor illumination. 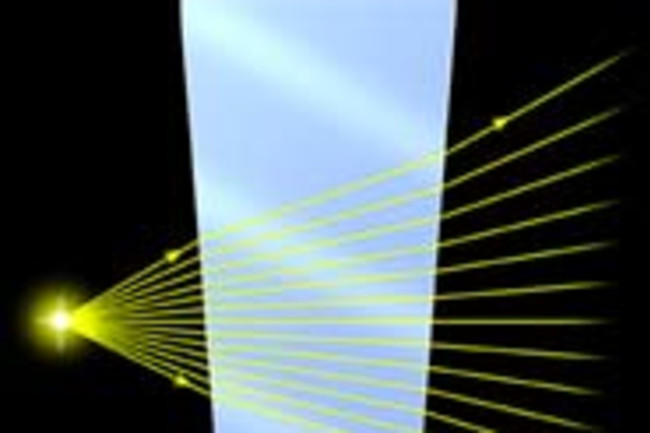 The latest white LED from Lumileds combines a blue diode with a yellow phosphor to create a highly uniform and colorless white light.Photograph courtesy of Lumileds.

In fact, the color balance from Schubert's LEDs is no worse than that of ordinary lightbulbs, which have the opposite problem: They produce a lot of red but hardly any blue light. "They basically peak in the infrared, and what we see in the visible is the tail of the infrared," Schubert says. That pattern explains why incandescent lights are so inefficient. Ninety-five percent of the electricity they consume is converted into infrared rays that we experience as heat, not light. In engineering terms, a typical bulb emits about 15 lumens—a measure of light output—for each watt of electrical power. Fluorescent bulbs do a lot better, emitting 50 to 100 lumens per watt, but they have aesthetic drawbacks.

Compact, white-light LEDs are improving quickly and should reach 75 lumens per watt by 2007, according to George Craford, chief technology officer at Lumileds, a joint venture between Philips Lighting and Agilent Technologies. Furthermore, LEDs emit almost no waste heat, so they do not add to the strain on summer air conditioners. The Optoelectronics Industry Development Association in Washington, D.C., predicts that white LEDs could cut in half the amount of electricity used for lighting in this country by 2020, saving $100 billion and reducing carbon emissions from energy generation by 28 million tons each year.

LEDs should also improve the quality of light in our lives. They already provide brighter, faster-acting brake lights for cars and tightly localized illumination along the dome base of the Jefferson Memorial. Soon they may take light where it has never gone before. Anil Duggal, from the light-energy conversion program at the General Electric Global Research Center, is working on OLEDs—LEDs made from organic polymers rather than the usual semiconductors. Current versions are too short-lived and power hungry for commercial use. But OLEDs have the potential to be extremely cheap and bendable. "You could have LED wallpaper and put it anywhere you want. You could even wrap it around a telephone pole," Duggal says.

For the residents of Thulo Pokhara, the benefit of LED illumination is not a matter of some far-off technological debate. If not for the better lightbulb, they would have no electric light at all.

The Light Up the World project (www.lightuptheworld.org) is bringing white LEDs to developing countries. Several companies are working on commercial white-light LEDs, including Lumileds (www.lumileds.com) and Gelcore (www.gelcore.com).