Not Freezing Ice Cream Would Help the Environment; Not Eating It Would, Too 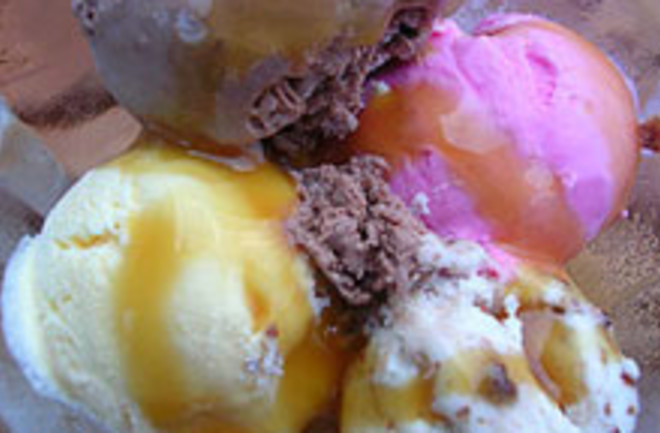 Could part of the solution for global warming fit inside an ice cream cone? Maybe—at least, that's what the developers of so-called "ambient" ice cream are hoping. Unilever, the world's largest ice cream producer (and owner of perhaps the world's best ice cream, Ben & Jerry's), is trying to figure out how to produce a new kind of frozen treat that can be shipped and sold at room temperature, before being frozen at home once purchased. The goal is to reduce the carbon that is needed to keep today's ice cream from turning into a sloppy mess. The Times Online reports:

A spokesman for Unilever said that warm, or so-called ambient, ice cream was a "very interesting idea" but one that posed tough challenges that its scientists were trying to solve. "The key question which has yet to be fully answered is: how do you ensure that, when the ambient ice cream is frozen at home it will have the right microstructure to produce a fantastic consumer experience?"

The new ice cream may be the tastiest part of an overall program to help Unilever cut down on the impact its products, such as dishwashers and refrigerators, have on the environment. Of course, an even bigger way to reduce carbon: Eat less ice cream. Related Content: Discoblog: Next in the Weight-Loss Arsenal: Food That Sits in Your Stomach Twice as Long Discoblog: Let Them View Cake: Looking at Food Pics Equals Less Eating Discoblog: How to Make Solar Chocolate Chip Cookies on Your Car Dashboard