Who's the Fattest of Them All? Obesity Rates Rise in 37 States 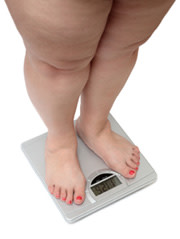 Well, so much for that whole "curb obesity by 2010" plan: The latest report from the Trust for America's Health and the Robert Wood Johnson Foundation says that obesity rates rose in 37 states in the past year, while not a single state saw a decrease. For 19 of the 37, this was their third straight year on the obesity rising list. So which states were the fattest? The South has typically gotten slapped with the "most obese" label, and 2008 is no exception. Mississippi nabbed the top slot, with 31.7 percent of its adults qualifying as obese. West Virginia and Alabama were next, with obesity rates of 30.6 percent and 30.1 percent respectively. No surprise, Mississippi also had the highest rates of physical inactivity and hypertension, and tied for second highest in diabetes. Colorado was the only state in the union with an obesity rate of less than 20 percent—but is still higher than 15 percent, the government's target for every state by 2010. And what has the federal government been doing to help turn the tide of this ever-rising trend? The report mentions the following efforts (and shortcomings):

Whether Washington plans to back the banning of fast food joints remains to be seen.