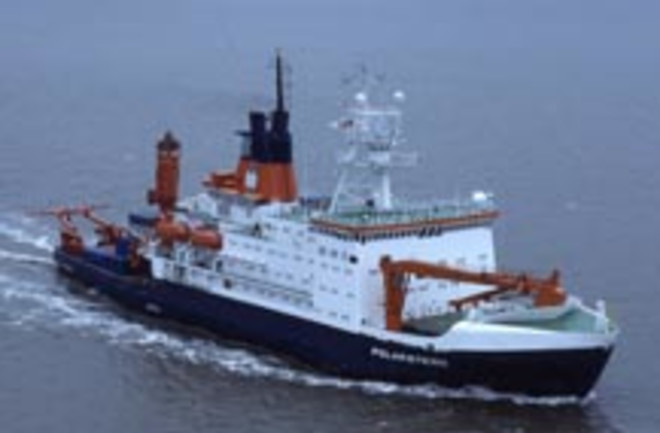 A controversial geoengineering experiment that Greenpeace campaigned against (to little avail) has concluded, and researchers say their findings deal a major blow to the geoengineering technique known as ocean fertilization. As 80beats explained in January, the researchers dumped 20 tons of iron sulfate in the ocean near Antarctica in an effort to spur enormous blooms of phytoplankton, a type of algae; researchers theorized that when that plant life died and sank to the seabed it would lock away the carbon dioxide it had absorbed while growing. They hoped that widespread use of this technique could slow global warming. While the iron did prove an algae bloom, researchers involved in the Lohafex project found that little biomass sunk down to the sea floor. Their results, announced in a press release, suggest that

iron fertilisation could not have a major impact, at least in that region of the oceans. "There's been hope that one could remove some of the excess carbon dioxide - put it back where it came from, in a sense, because the petroleum we're burning was originally made by the algae," said [researcher] Victor Smetacek.... "But our results show this is going to be a small amount, almost negligible" [BBC News].

Researchers also announced the surprising reason for that result: The plankton bloom wasn't a carbon sequestration hot spot, instead it was an all-you-can-eat marine buffet. Within two weeks of the iron sulfide dump

, the algae were being eaten by tiny creatures called copepods, which were then in turn eaten by amphipods, a larger type of crustacean [BBC News].

The researchers say that previous fertilization experiments that showed more sequestration impact generated a different type of algae known as diatoms, which are protected from grazing beasties by hard shells made of silica. But the Southern Ocean has low levels of silicic acid, which is necessary for the growth of diatom shells.

"What it means is the Southern Ocean cannot sequester the amount of carbon dioxide that one had hoped," concluded Professor Smetacek [BBC News].