Oceanographer Sylvia Earle looks at where we're going over the next 30 years. 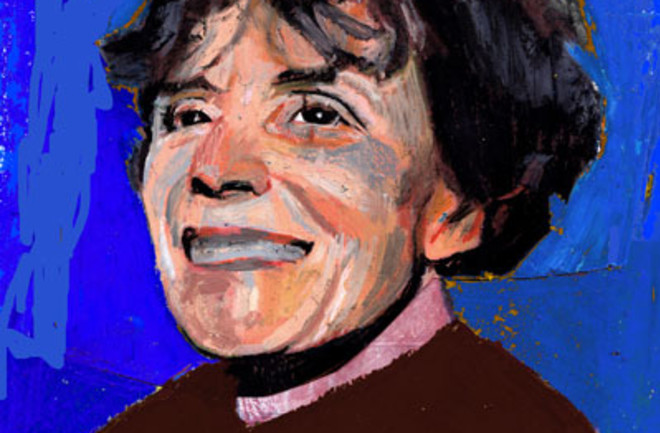 It has been 50 years since the

submersible made the only descent of humans into the deepest place in the ocean, the Mariana Trench. In the coming decades, we need to look again into the depths of our own piece of the solar system. We’ve explored only about 5 percent of the ocean. It’s maddening that we know so little about what the seafloor looked like at the site of the Deepwater Horizon spill before the oil began to leak. It’s only a mile underwater! For us to have better maps of the moon, Mars, and Jupiter than our own ocean floor is baffling.

The natural world, especially the ocean, keeps us alive. More than half of all of the oxygen in our atmosphere is generated by organisms in the sea. We need to understand the systems that sustain us. Underwater monitoring and remote-operated vehicles such as the Nereus are improving, but those alone are not enough. The human brain and senses, the ability to wonder and to confront the unexpected—you can’t get that out of a machine. Japan, Russia, and France (but not the United States) have deep-diving submersibles that can carry humans down to 5,000 meters and beyond. There’s currently no manned sub with the capacity to go to full ocean depth, 11,000 meters. The technology already exists: We could build a pair of three-person deep-diving subs for less than $50 million. James Cameron is well on the way to having a one-person sub for that depth.

And we need to pull up our socks and realize that we still have a chance to prevent the loss of all sharks, coral reefs, and rain forests and to stabilize our atmosphere and the acidification of our oceans. Living in undersea laboratories nine times, I’ve had the opportunity to get to know individual fish and their quirky habits. I’ve met humpback whales, sea turtles, giant groupers, and an egg-bearing octopus I encountered in a one-person sub—creatures who had never seen a human before. Many animals are struggling through this time of perilous change. But we alone can understand what is happening and what to do about it. Seeing the sharp declines in parts of the ocean I have come to know and love reminds me that as we look into new ways to protect our planet from climate change, we need to look again at the natural machinery that already works, that developed over four and a half billion years, and do everything we can to restore its functions. It is the engine that will power us to the future.

Oceanographer Sylvia Earle has served as chief scientist for the National Oceanic and Atmospheric Administration. She founded the Deep Search Foundation and Mission Blue and is currently explorer-in-residence with the National Geographic Society.