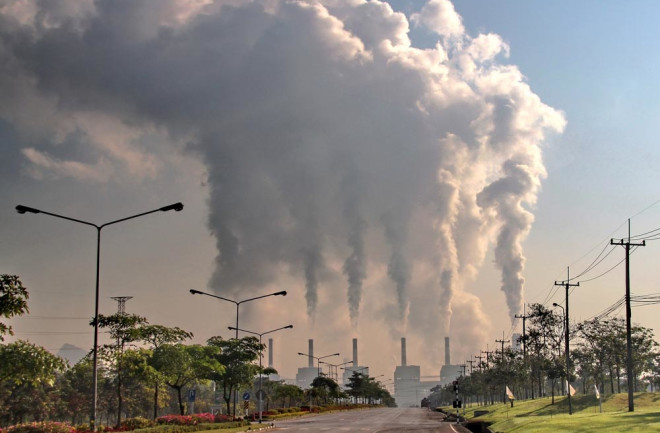 (Credit: Ungnoi Lookjeab/shutterstock) Climate change is riddled with questions that have uncertain answers. How fast will Earth’s population grow? When will renewables become affordable enough to take over? How much carbon dioxide can the oceans suck up? But even with these uncertainties, researchers in a new study say it's clearer than ever that the actions society chooses to take today will dictate the climate for future generations. “They make clear our choices — in a world of uncertainties — our choices are the dominant [uncertainty],” said Robert Lempert, a policy expert at the RAND Corporation in Santa Monica, California, who was not involved in the research.

One of the major problems when estimating global climate change over the course of centuries, is that the future is unknown, says Jonathan Lamontagne, a systems analyst at Tufts University in Massachusetts, who led the new research. Analysts can't know what technologies will be available to lower or eliminate carbon emissions in 2075, for example, until it’s 2075. They can make projections about those technologies. And they can estimate how large the world’s population will be then. But these predictions could be wrong. In the new study, Lamontagne and his team used a modeling approach that tries to tackle these unknowns. The team modeled more than 5 million possible futures that take into account two dozen uncertainties about the climate and human activity. The model uses a strategy that can handle these uncertainties to reach a target future by 2100 where warming is limited to just 2 degrees Celsius (3.6 degrees Farhenheit) above preindustrial levels, and costs less than 3 percent of gross world product (GWP) and keeps climate change-induced damages below 2 percent GWP.

The window for such a livable future is closing rapidly, the team reports Monday in the journal Nature Climate Change. The analysis shows that an acceptable future depends on two things: how fast we eliminate CO2 emissions and how sensitive the climate is to emissions. Right now, the climate’s reactivity is a major factor. If our climate turns out to be highly insensitive, meaning it's resilient to rising CO2 levels, then there’s a 50-50 chance we have until mid-century to achieve a tolerable future, the researchers found. And if the climate’s sensitivity is mild, then we've got about the next decade or so -- by 2030 -- to change course and have a 50-50 chance of success. But if the climate ends up being any more sensitive than that, then we've already closed the window to achieving a tolerable future with a 50-50 chance of success. Although climate sensitivity plays a central role in determining whether the world is able to meet this tolerable future goal, the actions society takes are also a major factor, the researchers found. Whether we lower emissions now will likely not affect the climate we will experience in the next 20 to 30 years, but they will determine what the climate will look and feel like for generations to come, according to the researchers. “Our analyses actually show that when you go out to the end of the century, so sort of what our children and grandchildren will be experiencing as a climate, at that point climate sensitivity is not actually the major controlling factor of the climate they're experiencing,” Lamontagne said. “It's actually what climate actions were taken earlier in the century.”

Since we can't control how sensitive the climate is to emissions, the only strategy left is to reduce emissions “as much as possible as soon as possible,” Montagne said. “It’s the only lever we have.” Scientists say the next step is to map these results to models that include more detail on specific actions humanity could take in the near term. One answer might be in the technological innovations that arise over the next decade. “There could be a technology that emerges in the very near term that sort of bails us out,” Lamontagne said. “There might be technologies over the next 30 to 40 years that will bring the promise of negative emissions much sooner than we anticipate.” That might include things like carbon sequestration. But if we continue on our current trajectory, a tolerable future is out of the question. Still, Lamontagne takes an optimistic outlook. “Even if achieving 2 degrees C by the year 2100 is impossible, the world would be better off for having tried,” he added. “2.5 degrees C (4.5 degrees F) of warming is surely going to be better than 4 degrees C (7.2F) or 5 degrees C (12.96F) or 6 degrees C (10.8F).”