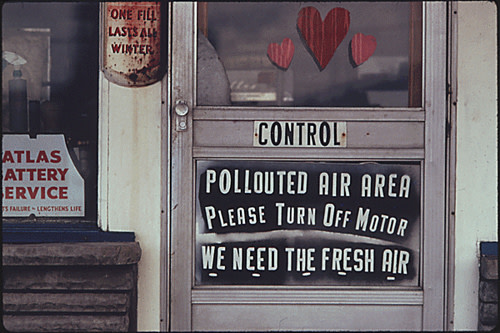 The alleged perjury took place Jan. 24th, when Johnson told Boxer's committee he'd made an independent decision not to allow California to enact its own fuel economy standards that would have been stricter than national ones. In reality, says the former EPA administrator Jason Burnett, Johnson seemed disposed to grant California at least a partial waiver until the White House told him not to. (Here's a previous post about Burnett). In case there's any confusion over names: Sen. Sheldon Whitehouse is a guy from Rhode Island who wants to take Johnson down; The White House is an entity that allegedly makes Johnson dance like a little beggar child.  Image: flickr/National Archives