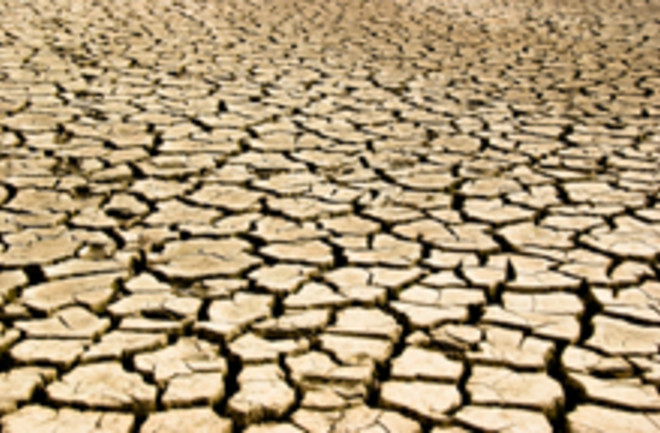 We've covered industries and species that climate change will affect, but is more war the next side effect of a warming world? A study in the Proceedings of the National Academy of Sciences ties warmer temperatures to higher incidence of civil wars in Africa. The scientists warn that the continent could see 54 percent more armed conflict—and almost 400,000 more war deaths—by 2030 if climate projections prove true. Why would war and temperature be connected? Because war and food are connected. Says research leader Marshall Burke: "Studies show that crop yields in the region are really sensitive to small shifts in temperature, even of half a degree (Celsius) or so.... If the sub-Saharan climate continues to warm and little is done to help its countries better adapt to high temperatures, the human costs are likely to be staggering"

. For the study, Burke's team checked local temperature and rainfall measurement between 1981 and 2002, and cross-checked that against what areas saw wars that killed at least 1,000 people. They found that combat was about 50 percent more likely in exceptionally warm years. However, not everyone agrees with Burke's analysis. Political scientist Cullen Hendrix

points out that some countries were destabilised when the superpowers withdrew aid to African dictators as the Cold War ended. "This is probably going to wind up being the first salvo in a pretty significant debate," he says [New Scientist]

. Burke's team maintains that the temperature-war link looks robust, even when controlling for other factors like a country's wealth or political system. In the study, Burke and his coauthors suggest expanding irrigation in Africa and taking other steps to help area agriculture withstand temperature extremes, which under the study's logic could also reduce warfare. But Hendrix has his doubts about this, too:

, he says. Related Content: 80beats: West Africa is Prone to "Mega-Droughts," But People Aren't Prepared 80beats: CO2 Emissions Are Rising. Or Falling. Actually, It's Both DISCOVER: The 9 Industries That Will Be Most Screwed By Global Warming (photo gallery) Image: iStockphoto