When the going gets hot, vegetation runs for the hills. 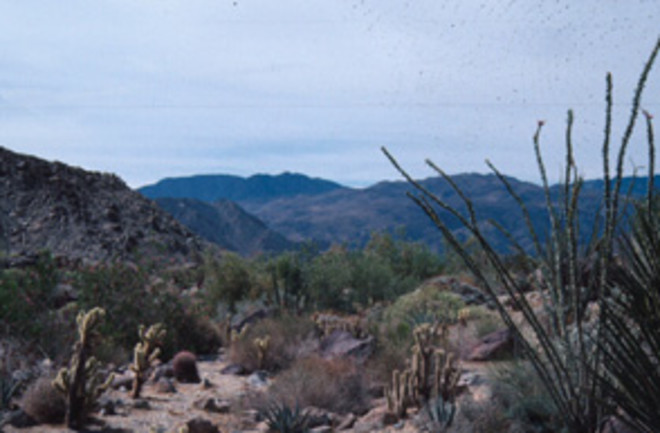 Scientists have found vivid evidence of climate change in Southern California’s Santa Rosa Mountains, where the dominant plant species are creeping up the slopes as the weather gets warmer.

The researchers compared surveys of plant cover done in 1977 with new studies from 2006 and 2007, focusing on 10 species that were dominant at three or more altitudes. While the overall amount of plant cover at various levels was stable over the period, the distribution of individual species changed markedly. Nine of the 10 moved up the mountain, altogether averaging a 213-foot gain in elevation.

Drought, wildfires, and air pollution may affect plants, but the scientists carefully considered and rejected these explanations for the elevation gains, concluding that the main reason for the creep was rising temperatures. Several pieces of evidence support this. The changes in plant distribution were uniform across elevations; they were consistent with the expected effects of observed fluctuations in rainfall, snow line, and temperature; and the movements were similar across species.

Climate change, in other words, may already be impacting the distribution of species. Anne Kelly, the lead author of the study [subscription required] and a graduate student at the University of California at Irvine, said that it is hard to definitively attribute a single phenomenon directly to global warming. But the study does show, she says, that “plant species can respond very quickly” to slight increases in temperature.