Did Methane Cause the Mass Extinction That Made Way for the Dinosaurs? 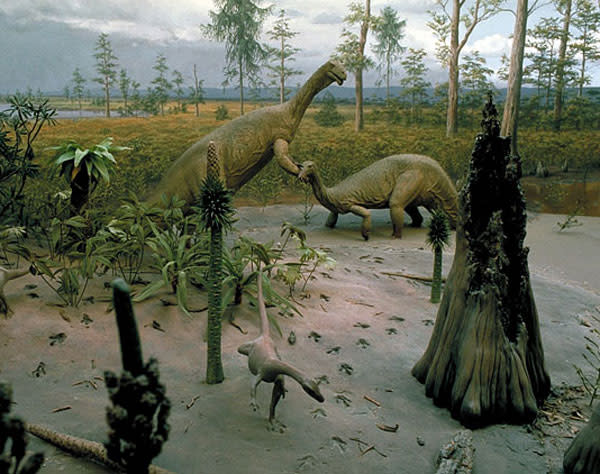 What's the News: Two hundred million years ago, half of the Earth's species vanished in the blink of a geological eye, clearing the way for rise of the dinosaurs in the Jurassic. The cause of that mass extinction, a new study suggests, may have been gigatons of methane released from the sea floor after a slight rise in the earth's temperature, triggering much greater warming. And if that sounds familiar, it's because scientists are worried the same thing will happen today. What's the Context: